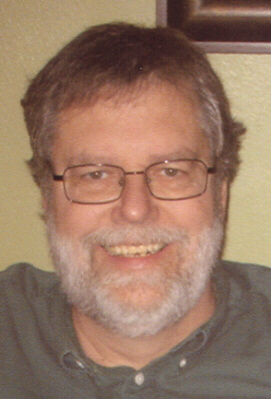 Age 57, passed away peacefully at home on Friday, March 25, 2011. He was born in Stevens Point on November 2, 1953, the son of Henry and Joan (Sturgis) Zimmerman. Bob served in the United States Navy, then graduated from UW-Stevens Point, later obtaining a MBA from UW-Whitewater. On February 14, 1987 he married his wife of 24 years, Karen King, in Madison. He was a systems analyst, most recently for Humana Insurance, De Pere. After high school, Bob found direction in his life in the northwoods of Wisconsin at Sugar Camp Lake with Kima, a dog he loved. Bob found great purpose in his Christian faith, seeking to worship the Lord in everything he did. He was a devoted husband, father, son and brother. His sense of humor and joy carried him and others through his illness. He enjoyed travel and family vacations, including camping and skiing.

Bob is survived by his wife, Karen; children: Matt and Rachel, both of Milwaukee, and Becca of Appleton; father, Henry Zimmerman of Stevens Point; brothers: Dean Zimmerman and Hank (Sue) Zimmerman; sister, Rose (Mike) Ford; and many nieces and nephews. He was preceded in death by his mother, Joan; brothers: Greg and Pat Zimmerman; and sister-in-law, Barb Zimmerman.

The funeral service will be at 4:00 p.m. on Wednesday, March 30, 2011 at APPLETON ALLIANCE CHURCH, 2693 W. Grand Chute Blvd., Appleton, with Rev. Bill Barwis officiating. Friends will be received at the church on Wednesday from 2:00 p.m. until the time of the service.

The family extends a special thank you ThedaCare Hospice, Dr. Swanson, and Mary Jo for their compassionate care.

In lieu of flowers, a memorial fund in Bob's name is being established.