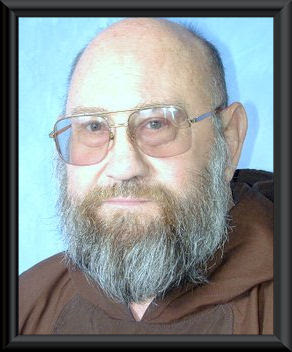 Fr. Robert Wheelock, OFM Capuchin, friar and priest, died on August 1st at the age of 83.

Fr. Bob served as a hospital chaplain in Detroit and Milwaukee. He also ministered as a faculty member of St. Lawrence Seminary and as a retreat center preacher. In 1995, he co-founded Franciscan Peacemakers (with Fr. Michael Sullivan, OFM Capuchin), an outreach street ministry in Milwaukee.

Fr. Bob retired in 2012. He is survived by his nephew, Steve Beals and grand nephews and nieces, Kim (Kevin) Pearson, Damon Gano and Vaughn (Rochelle) Gano along with his many Capuchin brothers with whom he lived, prayed and ministered for more than 60 years.

The Liturgy of Christian Burial for Bob will be held on Friday, August 7, 2020 at 1:30 PM at Holy Cross Church, Mt. Calvary, WI with Fr. Michael Sullivan, OFM Capuchin officiating. Visitation will be held from 1:00 PM until the time of service.