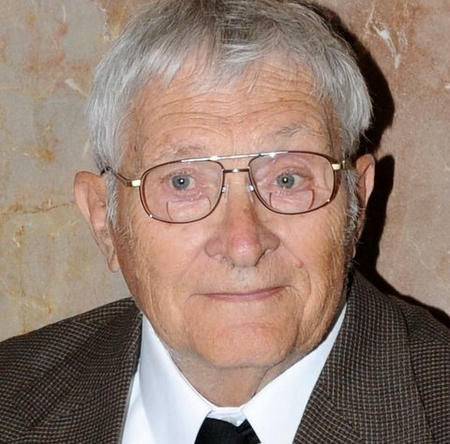 Robert W. “Bucker” Van Thull, age 77, Combined Locks, passed away unexpectedly Monday November 24th at St. Elizabeth's hospital. He was born October 11, 1931, the son of Anton and Evelyn Van Thull. Following graduation from Kimberly High School, he enlisted in the United States Marines and served on the front lines during the Korean War. On May 9, 1956, he was united in marriage to Carol J. Wurdinger at Holy Name Catholic Church, Kimberly. Together they celebrated 52 years of friendship and love. Prior to his retirement, Bob owned and operated Van Thull's Bakery. Robert enjoyed baking, spending time with his family and taking care of his grandchildren, especially his great-granddaughter Aubree. He was famous for his chocolate chip cookies and chocolate filled donuts. The Van Thulls are long time parishioners of Holy Spirit Parish, and Bob was a member of the American Legion Post 60, Kimberly.

The funeral mass for Bob will be celebrated at 12:00 p.m. Saturday, November 29, 2008, at HOLY SPIRIT PARISH, KIMBERLY CAMPUS, 600 E. Kimberly Ave., with Fathers David Beaudry and Quinn Mann concelebrating. Visitation will begin Saturday at the church at 10:00 a.m. until the time of mass. He will be laid to rest at Holy Name Cemetery, Kimberly. In lieu of flowers, a memorial fund in Bob's name is being established by his family.
Robert's family would like to express their sincere thanks to the Manderfield family for their close friendship and support.
We'll miss you, Dad. Love, your family.