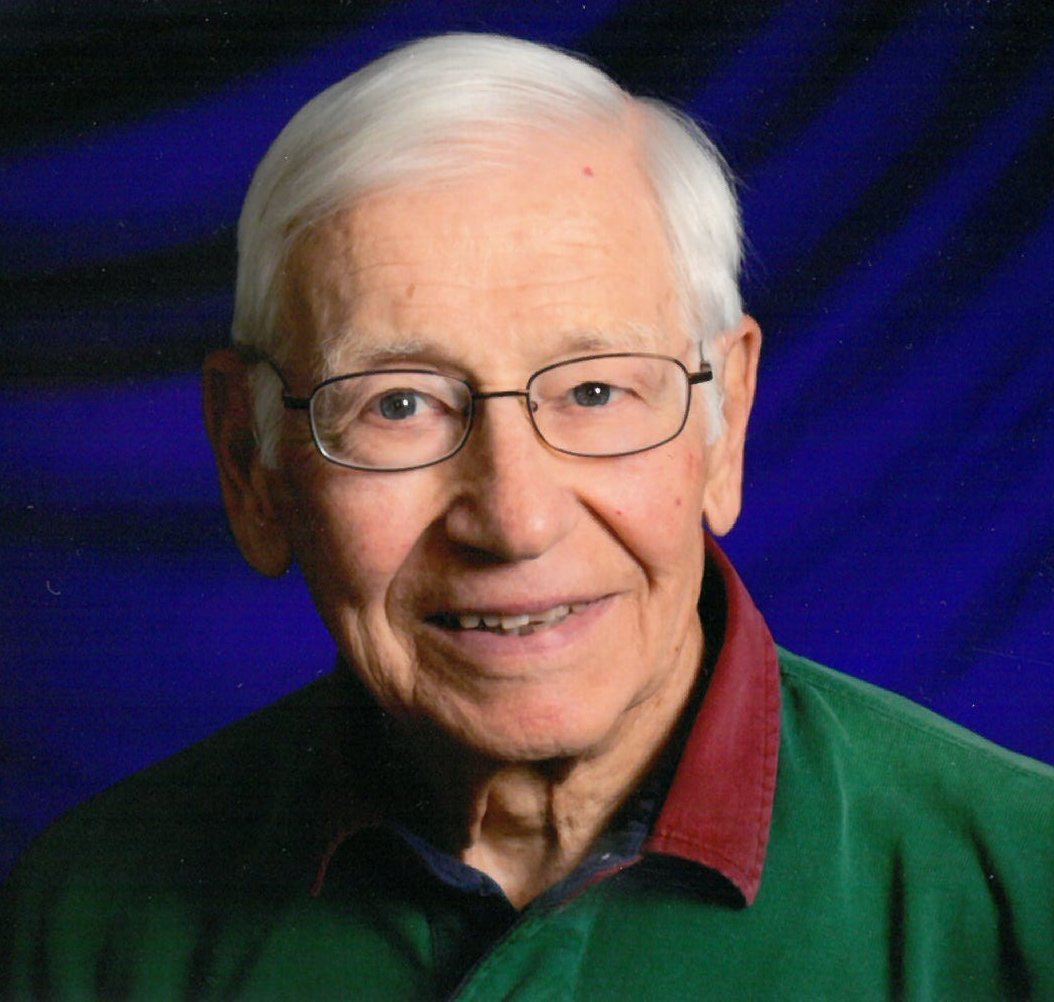 Robert W. Christenson, 85, of Appleton died in the evening of March 6, 2017. He was born on July 23, 1931 in Des Moines, Iowa to Melvin and Gertrude (Richter) Christenson. He grew up in Cedar Rapids, Iowa and graduated from Franklin High School. He attended Iowa State University where he earned degrees in both mechanical and industrial engineering. On September 28, 1957, Bob was married to Carol Koch in Waterloo, Iowa.
In 1956, he started a long career with Kimberly-Clark Corporation – first in Fullerton, CA then from 1958 to 1977 in Memphis, TN, and finally in Neenah, WI where he retired in 1993. At the Memphis mill, he was on the engineering development team that introduced Kimbies Diapers, which became the product now called Huggies. When he retired from the corporate offices in Neenah, he had been the Manager of Buildings & Grounds for a number of years.
After retirement, Bob became very involved with Habitat for Humanity. From 1998 to 2012, he was part of the home construction teams and helped build dozens of home in the greater Fox Valley area. For the last several years, he volunteered at the Habitat for Humanity Restore in Appleton.
Bob was an enthusiastic wood worker and carpenter. He enjoyed building anything from plant stands to doll houses to shoe racks, finished many basements, and built more than a few decks. He was always willing to help out with building projects. His passion for helping others and his skills with a hammer and a saw lead him to participate in numerous mission trips around the country.
Throughout his life, Bob was an avid tennis player and golfer and enjoyed fishing with his buddies. While his son, Bill, was growing up he was very active with the Boys Scouts of America as an adult leader. He loved the outdoors and served for several years as the treasurer for the Mosquito Hill Nature Center in New London, WI. He was also a member of the Sherwood Lions Club.
Bob, and his wife Carol, truly have seen the world – travelling often with other couples, groups of friends, and with guided Road Scholar groups. They have been from Ireland to China and Alaska to Australia and had just returned from a trip to Cuba last week.
He is survived by his wife, Carol; their three children: Bill (Anne Marie) Christenson, Darien, IL; Caren (Ken) Cohee, Indianola, IA; and Amy (Rich) Bothmann, Grayslake, IL; and grandchildren who lovingly referred to him as “Buddy” or “Gramdaddy”: Megan Christenson, Rob Christenson, Kaitlyn Christenson, Evan Freyberg, Alex Cohee, Tanner Freyberg, Jackson Bothmann, and Hanna Bothmann. Bob was preceded in death by his parents and his brother, Richard (Dick) Christenson.
A memorial service will be held on Friday, March 10, 2017, at the First United Methodist Church, 325 E. Franklin St., Appleton at 1:00pm. Pastor Marcus Wegenast officiant. Visitation Friday at First United Methodist Church from 11:00am to 1:00pm. Private inurnment Sherwood Cemetery. In lieu of flowers, memorials are appreciated to First United Methodist Church.