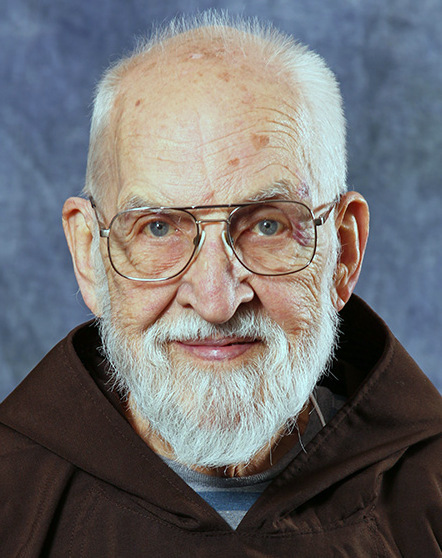 Robert Udulutsch, Capuchin friar and priest, died on 23 July at the age of 89, following a battle with cancer. Bob was born in Norwalk, Wisconsin in 1929, the son of Michael and Sophia Udulutsch. He was invested in the Capuchin habit in 1948, perpetually professed his vows in 1952, and ordained a priest in 1956.

Bob taught at St. Lawrence Seminary in Mt. Calvary from 1957-1971. After that time, most of his ministry was in the area of preaching in Michigan and Wisconsin. In the late 80s Bob founded a ministry known today as LEAVEN (Limited Emergency Assistance Valley Ecumenical Network) in Appleton. Bob ministered in the Middle East from 1988-1994. His last ministerial assignment was as a pastor in Kaukauna, Wisconsin (1994-2006). He retired at St. Fidelis Friary in Appleton, Wisconsin in 2006.

Bob is preceded in death by all of his immediate family, including his brother Irvin, who was also a Capuchin friar. He is survived by his many Capuchin brothers with whom he lived, prayed and ministered for over 70 years.

The funeral liturgy for Fr. Bob will be held at 11:00 AM on Thursday, July 26, 2018 at ST. JOSEPH CATHOLIC CHURCH, 410 W. Lawrence Street in Appleton, with Fr. Jim Leary, OFM Cap. officiating. Interment will follow in Mount Calvary, Wisconsin. Friends are invited to gather at the church on Thursday morning from 9:00 AM until the time of the mass.

Memorials may be directed to either St. Fidelis Friary or to LEAVEN.