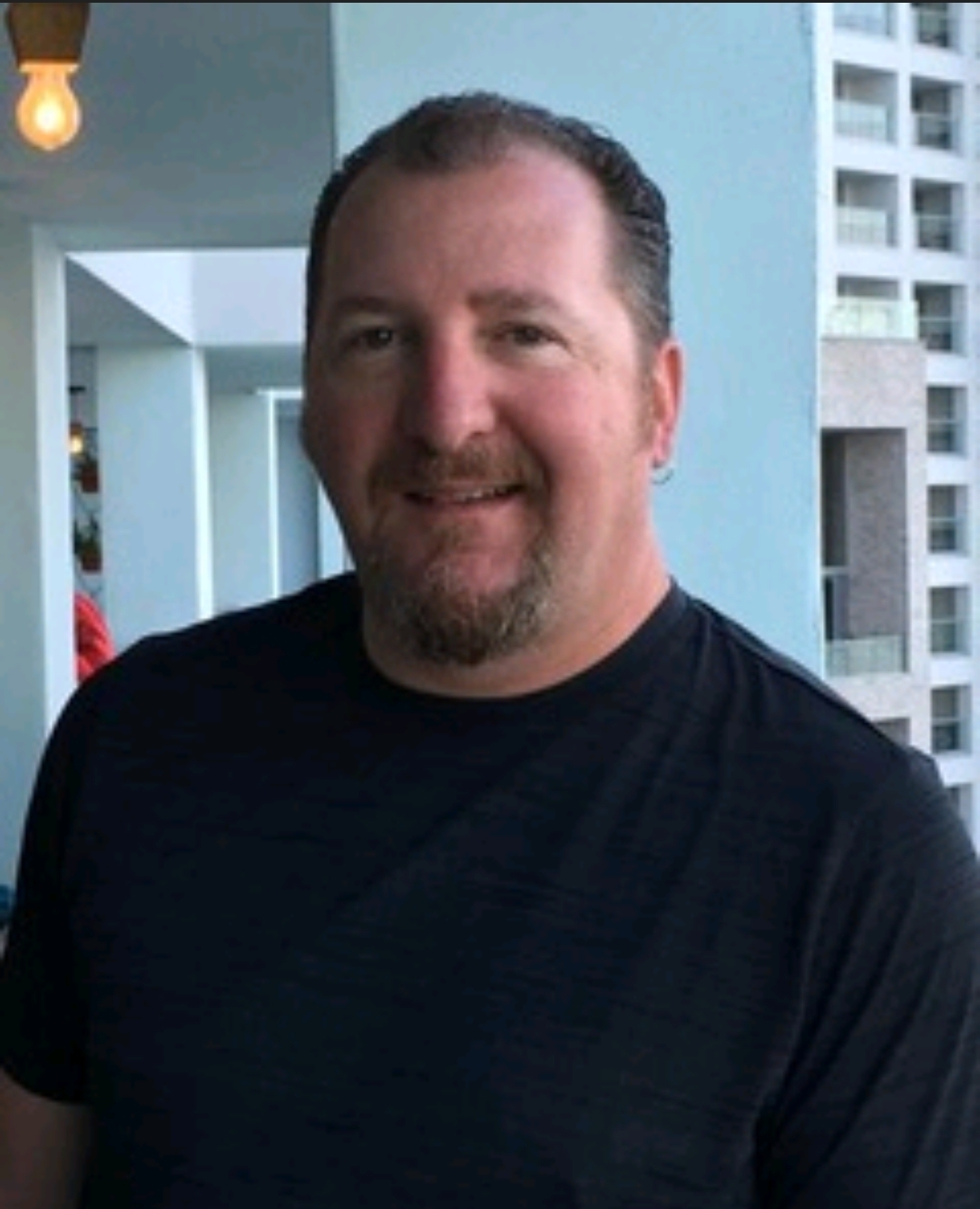 Our hearts break with the passing of our husband, dad, brother and friend Bob Thomas, age 51, on October 22nd, 2021. He died suddenly after battling several health issues.

He was born on September 26th, 1970, to Richard and Patricia (Gooding) Thomas in Key West, Florida. Bob grew up in Waterloo, Iowa before his family moved to Sheboygan, Wisconsin. Bob spent most of his childhood biking, exploring, and playing with friends. During High School, he was inspired by a teacher, which lead to his lifelong passion in the Graphic Arts.

Bob met the love of his life and best friend, Mary (Devine) Thomas in Appleton. They were married on April 11th, 1992. Together they raised two amazing young adults, Alex and Elizabeth. Both Alex and Beth were sources of endless stories, countless soccer games, many band concerts, and immense pride.

Bob was fiercely committed to his family. He worked hard to provide a good life, and was so proud of his kids. Even with his hectic work schedule, he found time to volunteer for Boy Scouts, coach soccer and lead church activities. Bob was an incredible friend to many and would often quickly turn a stranger into a lifelong friend. He was always in reach of those who needed him and often went out of his way to make sure those he cared about felt supported.

Bob took great pride in his work as a graphic artist and large format printer. Some of the projects he worked on include: Packer’s Hall of Fame, St. Norbert’s College, Schneider National and many national brands.

He was well known for his love of music and attended many live concert events. Bob appreciated all kinds of music and amazed people with his broad range of tastes. He had many hobbies including curling, trivia, cards, traveling, fishing, grilling, and golf (his wicked drive was well known). He had a love of science fiction and was an avid Star Wars and X-men fan.

Bob is survived by his cherished wife of 29 years Mary (Devine) Thomas; his loving children: Alex (fiancé, Diana) and Beth (special friend, Jared); his loving mother and father: Pat and Dick; his devoted sister and brother-in-law: Angie and Kyle Griessmeyer, as well as his nieces and nephews, and countless friends.

Bob was preceded in death by his grandparents, Harold and Mabel Thomas, and Wayne and Wanda Gooding.

In lieu of flowers, donations will be forwarded to charities pertinent to Bob’s life passions.

The funeral service for Bob will be held on Thursday, October 28th, 2021 at 1:00 p.m. at St. James United Methodist Church, 100 W Capitol Dr. Appleton WI, 54911. A time of visitation will be held on Thursday from 11:00 a.m. until the time of the service with a luncheon to follow. Family and friends who wish to share memories may gather at the Thomas Family home after the luncheon.