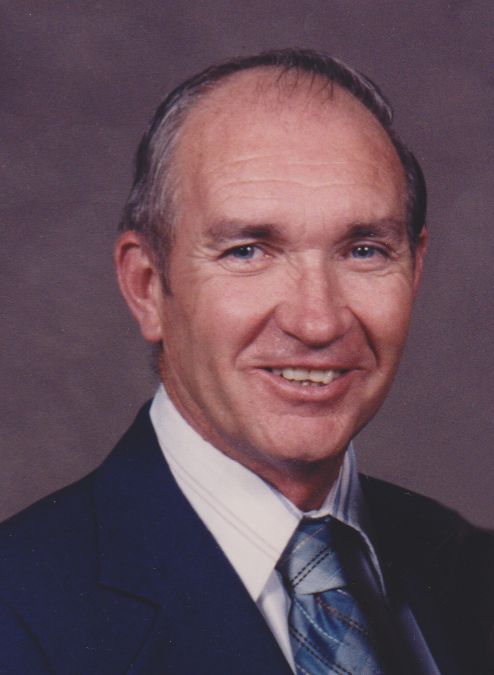 Robert F. “Bob” Sprister, age 81 of Kimberly, entered into eternal life where he was reunited with his loving wife Mary, on April 16, 2019. He passed away peacefully in the comfort of his home surrounded by his family and the spiritual presence of his wife. Bob was born in Appleton, on July 9, 1937, son of Edwin and Marion (Blick) Sprister. He attended Appleton (West) High School. In 1955, Bob entered the Navy and while on leave, he met his future wife, Mary Skrobel. Bob served 4 years in the Navy and after being honorably discharged, they married on July 11, 1959 at St. Patrick's Catholic Church in Stiles.

He then began his career as a truck driver working for Olson, CW Transport, and other local businesses until his retirement from Overnite Transportation in 1998. Because of his love for driving truck, he continued to work part time for Schuh Transport until he was no longer able to due to health issues.

Bob loved spending time up north with Mary at their trailer on Chute Pond, not only as a get away, but also making memories and spending time with his sister, Betz and her husband, Pat. His Saturdays always began with listening to the Jerry Schneider Polka Band on the radio. During racing season, his Saturday nights consisted of attending dirt track races at the 141 Speedway in Francis Creek where he had a reserved seat and parking spot, and was known as Uncle Bob or Big City Bob. He also looked forward to traveling to different cities in the U.S. with his niece Angie, and her husband Dan Ratajczak to watch Dan race. He was an avid Green Bay Packer fan his whole life, and also enjoyed watching his children and grandchildren participate in their many sporting activities including football, track, hockey, soccer, basketball, baseball, and softball.

His grandchildren and great-grandchildren loved him and his sense of humor, each having their own unique bond with him. One of the things we will miss will be his funny and interesting stories, from his childhood and continuing throughout his life. At our urging, he would repeat favorite stories, and we loved how he laughed right along with us when he told them. He will be missed not only by his family, but by the many people whose lives he touched through the years.

Bob is survived by his six children and their families:

Dan (Beth) Sprister of Kaukauna and their children: Amanda (Nick) Johnson and Bill Sprister and his special friend Jessie Lee;

Karen (Brad) Tandeski of Rugby, North Dakota and her children: Michael LaBrec and his children Kamdyn and Khloe; Katie (Derek) Dahly and their children Aubree and Rilynn;

Doug Sprister of Fremont and his special friend Darlene Covell;

The funeral liturgy for Bob will be held at 11:00 AM on Tuesday, April 23, 2019 at Holy Cross Catholic Church, located at 309 Desnoyer Street in Kaukauna, with Fr. Kyle Sladek officiating. Interment will be in Holy Name Cemetery, Kimberly. Relatives and friends are invited to gather directly at Holy Cross Church on Tuesday morning from 9:00 AM until the hour of the services.

The family would like to offer a special thank you to Dr. Michael Johnson and his nursing staff at Primary Care Associates, for their kind and compassionate care shown towards dad as he battled numerous illnesses the last few years of his life. Also, we will be forever grateful to dad's cardiac specialists, Dr. Silja K. Majahalme and Dr. Dionisio J. Mariano, along with their staff. Because of their expertise, we were given the opportunity to spend many more quality years with him. We also owe the ThedaCare Hospice team many thanks for the dignified and compassionate care extended to dad. We are extremely thankful for their guidance and help as we cared for him, at home, during his final weeks with us.