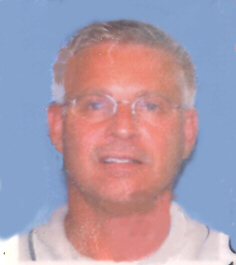 Age 52, passed away on Saturday, April 18, 2009 at Theda Clark Medical Center while surrounded by family after a very courageous battle with cancer. Bob was born on October 5, 1956 in Appleton, the son of Robert G. and Mildred (Hawley) Gerrits. He was a proud member of the 1975 graduating class from Appleton East High School. Bob was married to Lisa King from 1987 until 1998 and the union was blessed with two beautiful children, Ben and Chelsea. He was employed for 33 years by Presto Products as an Extrusion Specialist. Bob loved being outdoors, playing baseball, golfing, fishing, and cutting wood. He was an avid Packers fan and loved to watch the History Channel.

Funeral Liturgy for Bob will be held on Thursday, April 23, 2009 at 11:30 A.M. at St. Bernadette Catholic Church (2331 East Lourdes Drive) with Father Don Zuleger officiating. Friends will be received on Wednesday from 4 until 8 P.M. at the Wichmann Funeral Home Tri County Chapel (3212 South Oneida Street) and again on Thursday morning from 10 A.M. until the time of the Mass directly at church. Interment will be in St. Joseph Cemetery, Appleton. In lieu of flowers, donations in Bob's name are appreciated to the American Cancer Society. The family would like to give a very warm thank you to the staff in the I.C.U. at Theda Clark and especially to Linda Rasmussen for their love, care, and support.