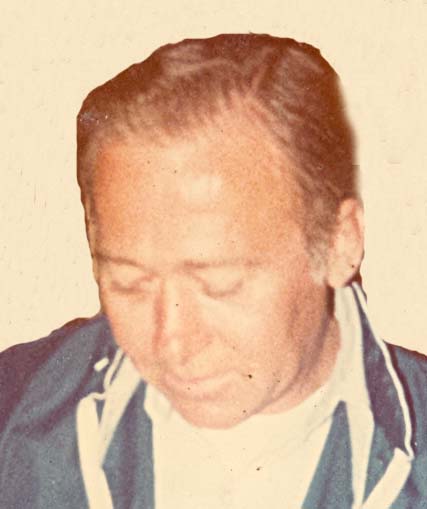 Robert L. Onkels, age 75, of Kaukauna, passed away on Monday, April 16, 2012 at his home with his family by his side. He was born on July 30, 1936 in the Fox Valley, and was united in marriage to Janice Schumacher on April 28, 1962 at St. Mary's Church in Appleton. Robert worked at Thilmany Mill for 44 years working in different areas and retiring as a semi truck driver. Bob loved riding his motorcycle around Wisconsin with Jan as his passenger, and going to different motorcycle rallies.

Robert is survived by his wife of 49 years: Jan of Kaukauna; one sister: Jane Hacker of Sturgeon Bay; and a sister-in-law: Geraldine Onkels of Appleton. Bob is also survived by many nieces, nephews, and dear friends. He was preceded in death by his parents, two brothers: Eugene (Eunice) Onkels and Melvin “Bud” Onkels, and one brother-in-law: Ralph Hacker.

A prayer service for Bob will be held at 2:00 PM on Thursday, April 19, 2012 at the Greenwood Fargo Funeral Home, 500 Hendricks Avenue in Kaukauna. Friends may call at the funeral home on Thursday from 12:00 Noon until the time of the services.

The family would like to offer their thanks to all of the helpful neighbors and to Heartland Hospice for all their time, care, and support. We will never forget your kindness.