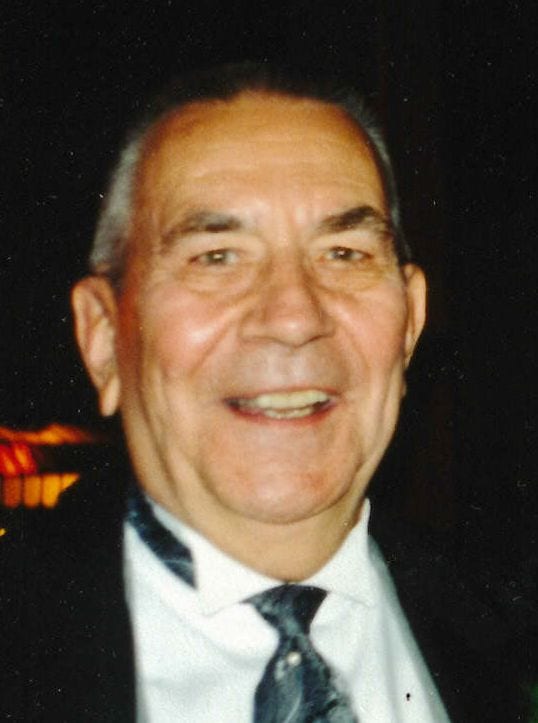 Menasha – Robert N. LaCount, 89, passed away on Tuesday, May 5, 2020, at Helen’s House, of Grand Chute. He was born on June 10, 1930, in Menasha, the son of Abraham and Victoria (Puylaert) LaCount. Robert was married to Joyce Frye on November 18, 1951. He then married Marie Arfstrom in 1964, and she preceded him in death on June 1, 1974. Robert then married Virginia “Ginny” (Schneider) Roberts on May 16, 1976, and she preceded him in death on October 4, 2004. He was a swim coach for Menasha High School and the Neenah-Menasha YMCA for 18 years, a City of Menasha Alderman, a member of St. Mary Catholic Parish, Menasha, and employed with Albany International for 45 years.

Memorial Mass for Robert will be at 11 am, on Saturday, June 13, 2020, at St. Mary Catholic Church, 528 Second St., Menasha, with Fr. Paul Paider officiating. Visitation will be on Saturday at the church from 10:00 am until the time of the Mass. For those who don’t feel comfortable attending the in person, the Mass will be livestreamed via Robert’s obituary page at  www.wichmannfuneralhomes.com. Inurnment will immediately follow, at St. Mary Cemetery, Menasha. In lieu of flowers, memorials are appreciated to Helen’s House, Grand Chute.

Robert’s family would like to extend a heartfelt thank you to the staff at Helen’s House, Grand Chute, as well as to his cherished friend: Emilie Kubicar.