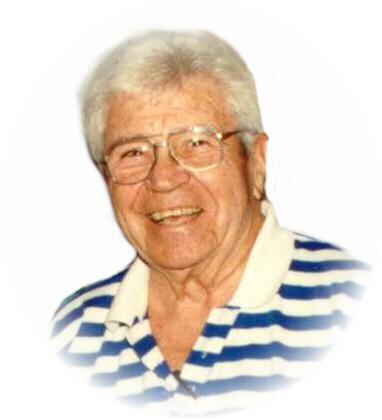 He was born July 2, 1915, in Eagle Lake, FL to Robert and Helen McMillion Hayes. He graduated from Webster, FL High School and obtained his degree from Rollins College, Winter Park, FL in 1939. After serving two years as sports editor of the Orlando Sentinel, he entered the U.S. Army Air Corps as an enlisted man and attained the rank of Major during his WWII service.

On September 10, 1942, he married Elizabeth J. Weadock, the ceremony
taking place in the chapel of the Orlando Army Air Base.

Following WWII he accepted an executive position with Sta-Rite Industries of Delavan and over a 30-year career served as vice-president-marketing and sales; general sales manager of Sta-Rite's Water Equipment Division and vice president corporation relations, retiring in 1974.

He was past president of the Rollins College Alumni Association, a member of the National Investor Relations Institute and Omicron Delta Kappa. He served as senior warden of Christ Episcopal Church, Delavan.

In retirement, the Hayes' lived 27 years in New Smyrna Beach, FL,
returning to Wisconsin in 2001 to make their home in Neenah.

Memorial service will be held at the funeral home on Thursday, March 24, 2005 at 11 a.m. with Rev. Gary Nokleberg officiating. The family will receive visitors from 10 a.m. until time of the service. In lieu of flowers, the family requests memorials be made to the Valley VNA 201 E. Bell St., Neenah, WI 54956