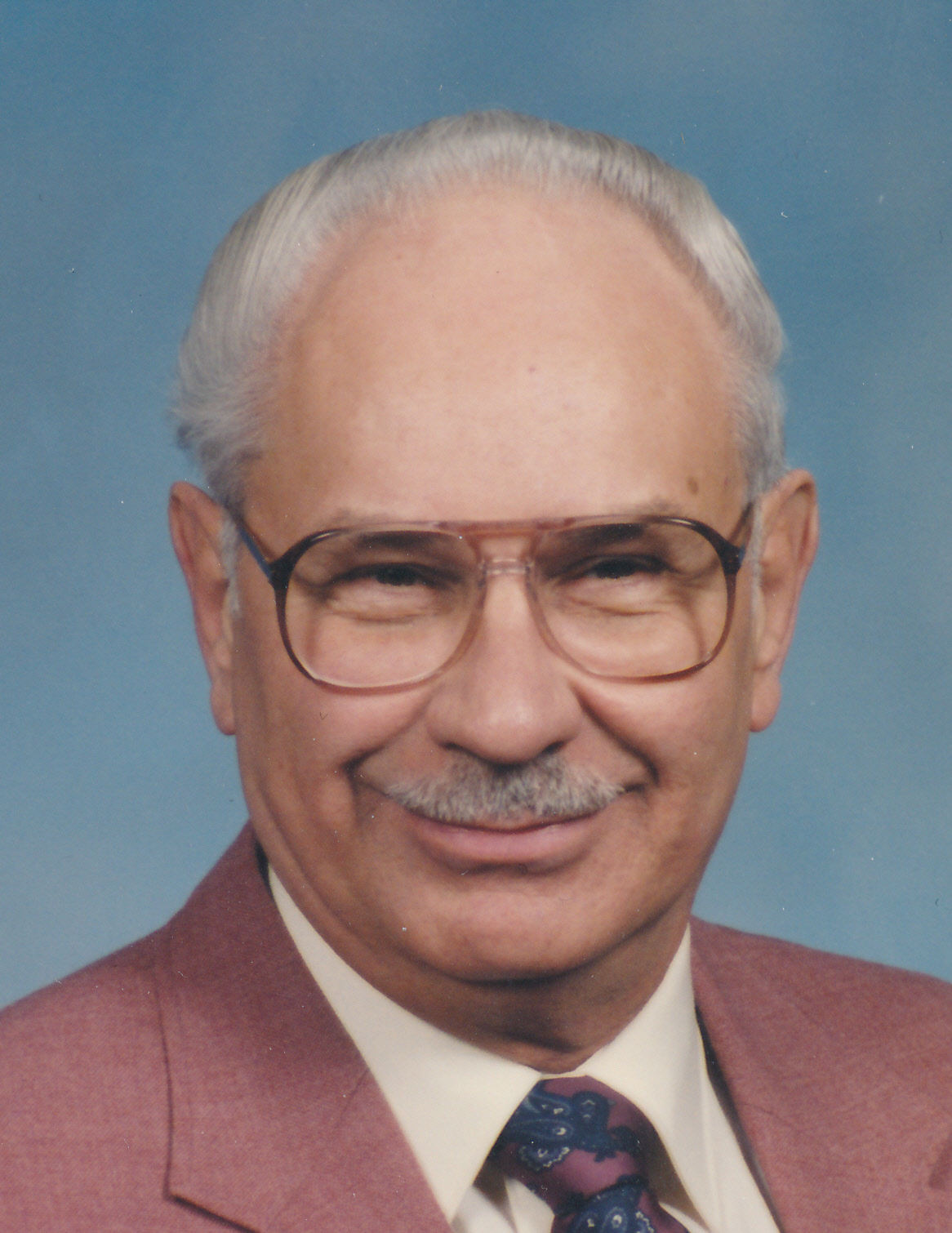 Robert L. Natrop Sr. 85, Kaukauna Wisconsin, passed away on March 20, 2014. Robert was born September 20, 1928 in Green Bay to Peter and Caroline (Hermans) Natrop. Bob was a graduate of Kaukauna High School, Class of 1946. After graduation, Bob served his country as a member of the US Army during the Korean War. On February 27, 1954 he married the former Louise C. Smith at Sacred Heart of Jesus Catholic Church in Eau Claire and they recently celebrated their 60th wedding anniversary. He attended Marquette University and graduated with a BS in Civil Engineering in 1952. He was employed as a Civil Engineer for the Cities of Milwaukee and Green Bay. Next, he was employed with the City of Kaukauna as City Engineer and Director of Public Works for 17 years. He ended his career as Engineer/Manager with the Heart of the Valley Sewerage District. He retired in 1991. Bob was actively involved in the National Society of Professional Engineers (NSPE) and in 2004 Bob received the exemplary service to the engineering profession, the community, and the Society of NSPE Fellow Member Award. The American Society of Civil Engineers (ASCE) made him a Charter Member. He was a representative for Wisconsin at the National Conventions for seven years. Of the Wisconsin Society of Professional Engineers (WSPE) he was the Fox River Valley Chapter President. His awards include Engineers of the year 1979, Professional Engineer in Government 1974 and 1984. Bob activities include assisting on the Fox Valley Council of Governments, Fox Valley Water Quality Agency, a Panel member on Municipal Paving problems, Public Works Problems in smaller Communities and Wisconsin Wastewater Operators Association. Bob was an active member in the Kaukauna Elks Lodge 962 and the Wisconsin State Elks Association. He was the National Past District Deputy. He was honored as “Elk of the Year” in 1993. He distributed Christmas Baskets to the needy from 1962 to the present. He was President of the Kaukauna Rotary in 1989. Bob has been a volunteer member of the Kaukauna Planning and Industrial Commission from 1983 to present. At St. Mary's Church he was a parish officer and trustee from 1975 to 1982. Bob received the Kaukauna service organization Award for Community Civil Service in 2006. Bob's lifelong hobby was racing homing pigeons.

Bob is survived by his children; Diane and her daughters Kira, Makayla and Isabelle of St. Paul, MN; Robert Natrop Jr. and his partner, Vickie Verstegen of Kaukauna; Linda and Rich Reyes and their children Marc and Alexa of Newtown, CT. and Rich Jr. and his wife Sandy of Conway, SC. His sisters are Jean Schmidt of Crivitz, WI, and Carol and Joe Faust of Green Valley, AZ.

He was preceded in death by his sister Pat Cayan and her husband Bill Cayan of Green Bay, WI.

The family would like to say a special thanks to the St. Paul Home family that took such good care of Bob. In lieu of flowers a memorial fund is being established at Marquette University in his honor.