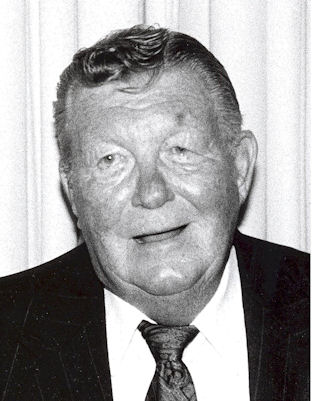 Age 82, passed away at Appleton Medical Center on Wednesday, December 7, 2011. He was born in Brillion on April 26, 1929 the son of the late Nicholas and Sylvia (Klein) Szopinski. Bob grew up in Milwaukee and graduated from Riverside High School. He proudly served in the U.S. Navy from 1948-1952. On November 15, 1952 he married his wife of 59 years, Dorothea “Dot” Pinkiewicz, in Connecticut. He was a salesman at Block, Iron and Supply, retiring in 1991. He then worked for S.C.P. until his 70's.

The memorial service will be at 1:00 p.m. on Sunday, December 11, 2011 at the Wichmann Funeral Home, TRI-COUNTY CHAPEL. Friends will be received at the funeral home on Sunday from 10:00 a.m. until the time of the service. Burial will be in Riverside Cemetery, Appleton.

The family extends a special thank you to the staff at Appleton Medical Center I.C.U. and Rev. Mark Holmes for their care and compassion.