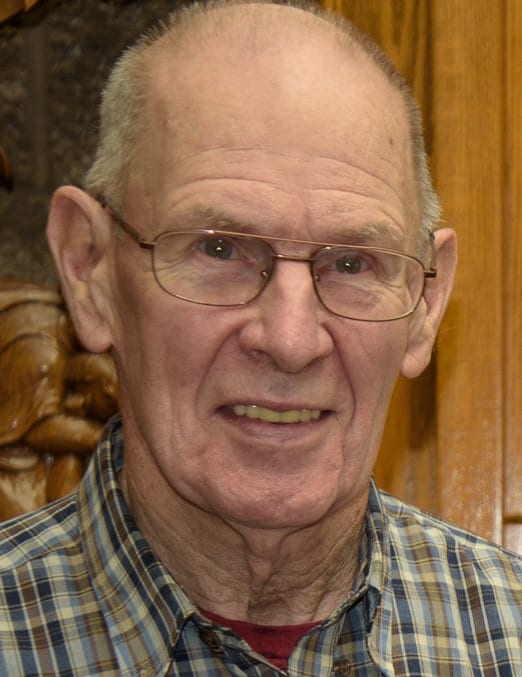 Robert L. “Bob” Boughton, went to his heavenly home Sunday February 7, 2021, after a brief illness. He was born on November 23, 1937, the son of the late Lu Roy and Viola (Vohsberg) Boughton. He was preceded in death by his wife of 47 years Gretchen (Krueger). The two of them met while they were working as dance instructors for Arthur Murray Studios and were married on March 25, 1961.

Bob was a veteran having been called into active duty twice while serving in the Wisconsin National Guard. He was a carpenter by trade, working in the carpenters shop at Appleton Papers Combined Locks Mill for almost 30 years before retiring in 1999. His love of woodworking led him down the path of several big projects outside of work. He built the family’s first home in Menasha and later remodeled an old farm house in Dale. He was also a sportsman who enjoyed hunting and fishing.

Bob was an active member of Bethlehem Lutheran Church in Hortonville, when he lived in Dale. He served on the board of elders there and also helped out with buildings and grounds.

Bob was preceded in death by his parents, an infant granddaughter Kyra Carrick; sisters: Joyce Boughton and Dolores Kujawa; and brother-in-law, Raymond Kujawa.

The Christian Funeral for Bob will be held at 10:30 AM Saturday, February 13, 2021, at BETHLEHEM EV. LUTHERAN CHURCH, 752 E Grand View Road. in Hortonville with Rev. Tristan Paustian officiating. Interment will be in Riverside Cemetery. Friends may call at church from 10:00 AM until the time of the worship service. In lieu of flowers, please consider a donation to the Alzheimer’s Association.