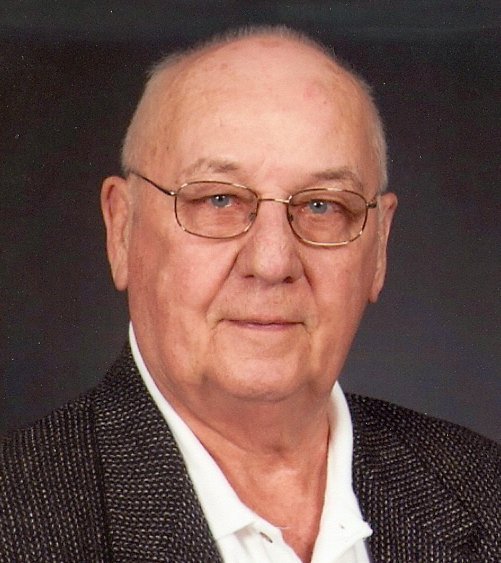 Bob Schumann, age 84, of Kaukauna, passed away on Monday evening, June 2, 2014, following a long battle with cancer. Bob was born on February 11, 1930 in Kaukauna, son of the late Les and Dorothy (Sanderfoot) Schumann. On June 20, 1959 he was united in marriage to Audrey Just, and they would have celebrated 55 years of marriage this month. He was a member of Trinity Ev. Lutheran Church, Kaukauna.

Bob was a salesman and bookkeeper at VanDynHoven Buick for many years. After retirement, he worked part time at Ghost Town Fitness where he opened up for the morning crew. Bob enjoyed golfing at Countryside Golf Course, casino trips with his wife, and was on several bowling leagues throughout the years. Bob served his country in the U.S. Army and on his church Board.

The Christian Funeral for Bob will be held at 5:00 PM on Friday, June 6, 2014 at Trinity Evangelical Lutheran Church, 804 Grignon St., Kaukauna, with the Rev. Kurtis Mau officiating. Visitation will take place at the church on June 6th from 3:00 PM until the time of service. Bob will be buried at Trinity Lutheran Cemetery. Online condolences may be offered at www.wichmannfargo.com.

Bob will be dearly missed by his family and friends.