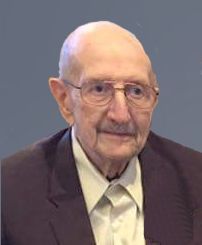 Bob Ribarchek, age 93 of Combined Locks, passed away on Easter Sunday, April 16, 2017 at St. Paul Home in Kaukauna. Bob was born in Green Bay on September 1, 1923, son of the late John and Eunice (Remmel) Ribarchek and grew up in Wrightstown. Bob married Carol “Laverne” McAninch on December 27, 1952 in Chicago; she preceded him in death in 2004. He was a big fan of the Chicago Cubs, and loved golf, scratch off tickets, and bowling. For many years, he served as the secretary for the Kaukauna Bowling Association. He also served his county for a tour of duty as a member of the United States Army.

Bob was preceded in death by his parents, his wife Laverne, a son: Joseph Carroll, brothers Donald Ribarchek and John “Steve” Ribarchek, brothers-in-law Hank Goode and Art Gibson, and a sister-in-law Rita Ribarchek.

A private burial at Union Cemetery will take place later.