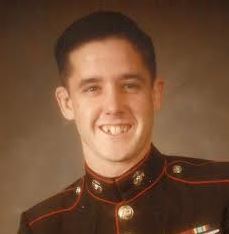 Robert Joseph Prasser, 57, of Port Orchard, Washington passed away July 1, 2015. He leaves his beloved wife and sons: Sarah, Ben, and Seth; and his siblings: Kirk, Sean, and Rachel. As a legalman in the United States Marines and Navy, he served in the Gulf war on the USS America and was honorably discharged in 2002. He lived and worked in San Diego as a Executive Assistant for about 8 years before moving to Port Orchard in December of 2014.

There will be a memorial service to honor both Bob and his mother Kass, at 12:00 Noon, on Saturday, July 25, 2015 at the Jansen Fargo Funeral Home, 204 East Kimberly Avenue in Kimberly, Wisconsin. Friends may call at the funeral home on Saturday, the 25th, from 10:00 AM until the hour of the memorial service.

Donations maybe made to the Palliative Care, Madigan Foundation, PO Box 97215, Lakewood, WA 98497-0215, who gave such loving care to my husband Bob at the end of his life.