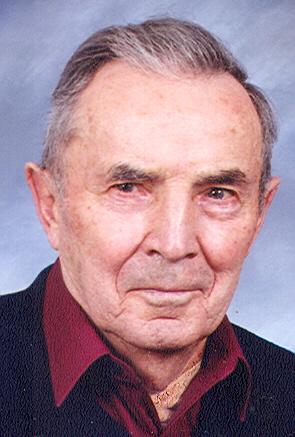 Robert J. Mortell, age 91, of Appleton, died at his home on Wednesday, March 29, 2006. Robert was born on August 5, 1914, in Stockbridge, to the late Robert P. and Martha (Tyson) Mortell. He married Martha Eldred on January 9, 1940, at St. Mary Catholic Church in Stockbridge. Robert was employed at American Can Corporation in Menasha for over 29 years, retiring in 1979. He was a member at High Cliff Golf Course, playing daily with his senior golf buddies until last fall. Robert loved to read, do crosswords and visit at home with friends and family. He was a faithful member of St. Bernadette Catholic Church. Survivors include his loving wife of 66 years, Martha; his children, Robert (Donna) Mortell; Thomas Mortell; Richard (Deb) Mortell; Mary Van Stippen (Mike Larson); Arlene (George) Mosher; and Joyce (Dan) Gavronski. He is further survived by his daughter-in-law, Dr. Judith Mortell; his son-in-law, John (Francine) Rankin; his sister-in-law, Jean Eldred; his 19 grandchildren, 21 great-grandchildren; and numerous nieces, nephews and friends. He was preceded in death by an infant son, Edward; his daughter, Kathleen Mortell Rankin; his brothers, Eugene and Gerald; and his sisters, Irene, Minnie and Kitty. The Funeral Liturgy will be at 11:30 a.m. on Monday, April 3, 2006, at ST. BERNADETTE CATHOLIC CHURCH, 2331 East Lourdes Drive, Appleton, with Fr. Don Zuleger officiating. Friends may call at the Wichmann Funeral Home, Appleton, on Sunday from 3:00 p.m. to 6:00 p.m. and again on Monday directly at the church from 10:30 a.m. until the time of services. Interment will be in St. Mary Cemetery, Stockbridge. A memorial has been established in his name.
WICHMANN FUNERAL HOME
537 North Superior Street
Appleton 739-1231
www.wichmannfuneralhomes.com