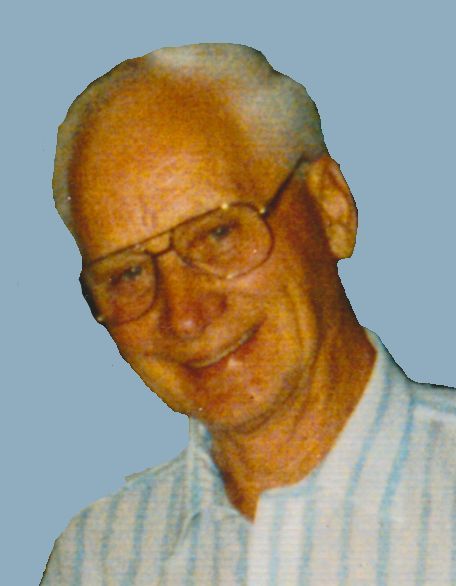 Robert J. Fischer, age 93, of Appleton, passed away peacefully in his sleep on June 27, 2015 at Rennes Nursing Home. Bob was born on August 13, 1921, in Hortonville, Wisconsin, son of the late Emil and Mary Fischer.
Bob grew up on the farm in Hortonville, and served in the U.S. Army in the South Pacific until he was discharged. At the age of 22, Bob married Marion Hickinbotham. They enjoyed many wonderful years of marriage and raised five children together.
Bob worked for Olson Transport/CW Transportation for 38 years as a truck driver, retiring at the age of 62. Bob was a member of St. Thomas More Catholic Church and the local VFW.
He is survived by his wife of 72 years: MarionFischer; his five children: Sherry (Bruce) Kranzusch, Robert (Suzanne) Fischer, Sue (John) Rosera, Sandy (Don) Sonkowski, and Sarah (Dale) Lind. He will also be missed by many nieces, nephews, grandchildren, aunts, uncles and many friends. He was preceded in death by his parents; his in-laws: Arnold and Sarah Hickinbotham; son-in-law; Bruce Kranzusch and a granddaughter Farrah Fischer.
The funeral liturgy for Bob will be held at 11:00 a.m. on Wednesday, July 1, 2015, at St. Thomas More Catholic Church, 1810 North McDonald Street, Appleton, with Father Gerald Falk officiating. A time of visitation will be held at church from 10:00 a.m. until the time of service. Online condolences may be offered at www.wichmannfargo.com.
Bob's family would like to offer a special thanks to Jackie Mullins, a special granddaughter who provided in home care for both Bob and Marion prior to their entry at Rennes Nursing Home. Also, a special thanks for the care given by Rennes Nursing Home and Heartland Hospice.