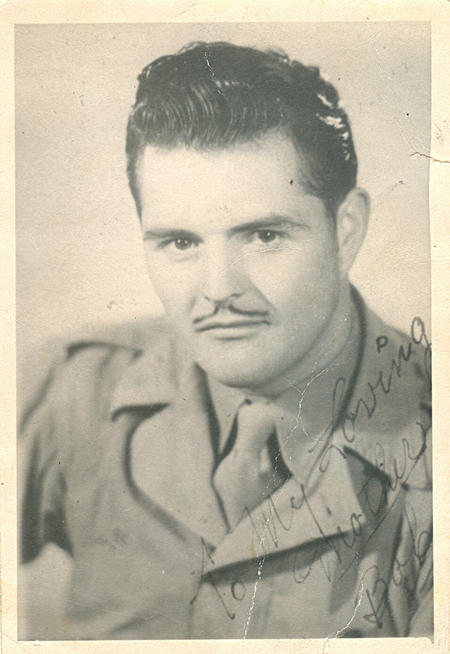 Robert M. “Bob” Hull, 86, of Appleton, entered eternal life, on Tuesday, July 20, 2010. Bob was born April 22, 1924 in Milwaukee to Arthur and Laura (Maxwell) Hull. He attended Milton High School and UW-Whitewater.
Bob married Vergene M. Flood on October 25, 1947 in Madison. He served in the US Marines during WWII with the 1st Marine Battalion on Guadalcanal. He was also a member of the Army Reserves for 40 years and
worked as a civilian for the Army Security Agency. He then worked for the Department of Labor until his retirement.

Bob loved raising and showing his Arabian horses, playing cards with his friends at the Reserve Center, and bowling on Wednesdays at Super Bowl. He also enjoyed cheering on the Packers and the Badgers. Bob was a
patriot and loved his country. He was a member of the Johnston Blessman American Legion post #38 and the Harvey Pierre Post VFW Post #2778.

Bob will be remembered as “The man who could do anything”, equally at ease behind a desk or commanding a boat or truck, skillful with a multitude of tools, at ease in the work and hunting fields or on the dance floor. He was an Arthur Murray Dance Studio instructor and an excellent judge of horses. He was a gifted salesman, known for his perceptive ability to understand and deliver what his clients needed. He was an exceptional caregiver to his ailing wife, Vergene and a generous and loving father. His friends knew him as one who always offered his help without being asked. His generous spirit lives on.

Bob is survived and will be dearly missed by his two children, Pamela Hull and Cordell “Corey” Hull, both of Appleton; a sister, Myrtle Alice Traxler of Perris, CA; nieces and nephews, Jacqueline Traxler of Moreno
Valley, CA; Richard (Barbara) Traxler of Perris, CA; Peggy Salazar of Sylmar, CA; John (Dorothy) Traxler of Martinsburg, WV; Cherie (Frank) Dominguez of Rockford, IL, and other relatives and friends. He was
preceded in death by his parents, his wife Vergene, and nephew Robert Traxler.

A funeral service will be held Tuesday, July 27, 2010 at 11:00 a.m. at Wichmann Funeral Home with Rev. Dick Schaeffer of Appleton Alliance officiating. A time of visitation will be held on Tuesday, from 9:00 a.m. until 11:00 a.m.at the funeral home. Burial will be in the Maple Hill Cemetery in Evansville, WI. In lieu of flowers a memorial fund is being established.