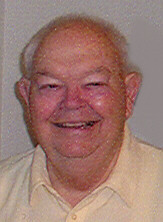 Bob was born August 24, 1930, in Brillion, the son of Hubert and Vera (Harp) Hopfensperger. He attended Kimberly High School, and was employed for many years with the Kimberly School District, retiring in 1986. Bob was united in marriage to Evelyn Doyle on October 26, 1957, at Holy Name Catholic Church, Kimberly.
Porky was a member of the Heart of the Valley Golden K, and a 4th Degree Knight with the Knights of Columbus Council 4489. He enjoyed card playing, loved watching sports, and anything with cardinals! His favorite times were watching and attending his grandchildren‚Äôs school functions and sports activities. He loved his son and daughter, Rob and Mary, very dearly.

Survivors include his loving wife of 50 years, Evelyn; his daughter, Mary Hopfensperger (fiance‚Äô, Dave Halbach) Hilbert, and her children, Jay Young, Gary Young, and Anni (Jason) VanDerSteen, and daughter, Miah; his son, Rob (Sue) Hopfensperger, Darboy, and their children, Rob, Katie, and Andy; his brother, Wayne (Elda) Hopfensperger, Ohio, his sister-in-law, Audrey Hopfensperger, Florida, and many nieces and nephews.
His special extended family, David and Debra Churchill, and Rachel and Zac VanDaalwyk, and cousin, Donna and Joe Bouressa. Bob was preceded in death by his parents, his stepfather, Elmer Boettcher, and his brother, Bill.

The funeral mass will be celebrated at 5:00 p.m. Monday, October 22, 2007, at HOLY SPIRIT PARISH, 600 East Kimberly Avenue, with Rev. David Beaudry as celebrant.
Bob will be laid to rest in St. John Cemetery, Little Chute .Visitation will be from 2:00 p.m. Monday until the time of mass directly at the church. A memorial in his name is being established.

The family would like to express their thanks to Drs. Goggins and Chybowski and their staffs, as well as the Fourth Floor medical personnel at St. Elizabeth Hospital for their compassionate care given to Porky.