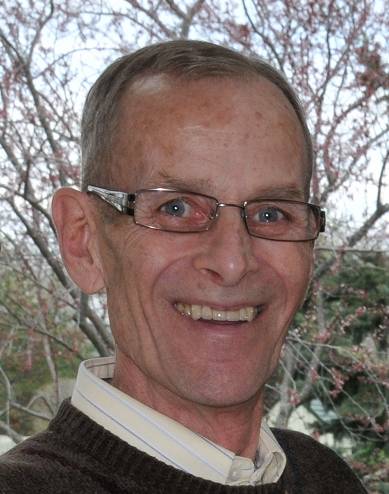 Robert H. ‚ÄúJ.J.‚Äù Leverenz Jr., age 66 of Kaukauna, passed away peacefully at home surrounded by his family on Tuesday, April 12, 2011, following a lengthy battle with chronic obstructive pulmonary disorder (COPD). Bob was born on January 19, 1945, in Sheboygan, WI, son of Robert and Margaret (Laing) Leverenz. On September 20, 1969, he married Kay Goodrich in Rockton, Illinois. The couple became Kaukauna residents in 1978. Bob valiantly served his country in the U.S. Army and received an honorable discharge. For many years, the family operated Leverenz Shoe Company in Sheboygan. Later, Bob became a successful salesman throughout Wisconsin and Upper Michigan until illness forced his retirement.
In addition to his wife of 41 years, Kay, Bob is survived by his son, Tim and granddaughter Alisa of Kaukauna, his daughter and son-in-law, Tammy and Robert Holmes of Kuwait, and father, Robert Leverenz Sr. of Sheboygan. Bob is further survived by a sister and brother in-law, Ann & Jon Keckonen of Sheboygan, a brother and sister-in-law, Tom & Marilyn Leverenz of Loretto, Minnesota, and a brother-in-law, Ace Goodrich of Colony, Kansas as well as numerous nieces, nephews and other relatives. He was preceded in death by his mother, Margaret and his parental in-laws Virgil and Jessie (Moore) Goodrich.
A memorial service for Bob will be held at 3:00 p.m. on Friday, April 15, 2011 at CHRIST THE KING LUTHERAN CHURCH, 601 S. Washington Street, Combined Locks, with Rev. Bill Schroeder officiating. Friends may call on Friday at church from 1:30 p.m. until the time of the service. Burial will take place at a later date in South Beloit, Illinois.

The family would like to extend a sincere thank you to Bob‚Äôs many friends at Theda Care at Home in Appleton. The love, support and gentle care of Bob by Leslie Gumpert, Claudia Abba, Ida Diedrich, Julie Seeder and the rest of the wonderful staff at hospice has been and remains sincerely appreciated. Their thanks are also extended their special friends and neighbors in Kaukauna and across the globe for their love and support.