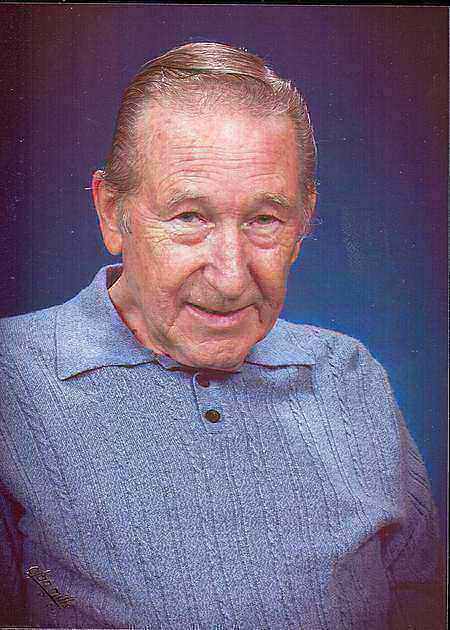 Bob was called to his eternal home on July 21, 2007.
He was born in Dale, Wis. February 19, 1928 to Harold and Christine (Steffen) Grossman. Bob graduated from New London High School in 1945. He served in the United States Army during the Korean Conflict from November 1950 until November 1952. He was united in marriage to Carol Ruppel on June 26, 1954, and they made Appleton their home. Prior to his retirement, Bob was employed by Langstadt Electric Supply and Avis Car Rental. Bob enjoyed life, filling it with travel, golf, fishing, dancing, Friday night fish, and all sporting events.
Bob‚Äôs wife, children, and grandchildren were the joy of his life. Although his later years brought many health problems, he managed to win those battles. Having ALS (Lou Gehrig‚Äôs) was a losing battle.

The funeral mass for Bob will be celebrated at 10:30 a.m. Wednesday, July 25, 2007, at ST. PIUS X CATHOLIC CHURCH, 500 West Marquette Street, with Father Tom Farrell as celebrant. Entombment will be in Appleton Highland Memorial Park. Visitation will be from 4:00 p.m. until 8:00 p.m. Tuesday at Wichmann Funeral Home, where a parish vigil service will be at 7:30 p.m. Visitation will begin again Wednesday from 9:00 a.m. until the time of mass at the church. Memorials in Bob‚Äôs name are preferred; his family will direct them for ALS research.