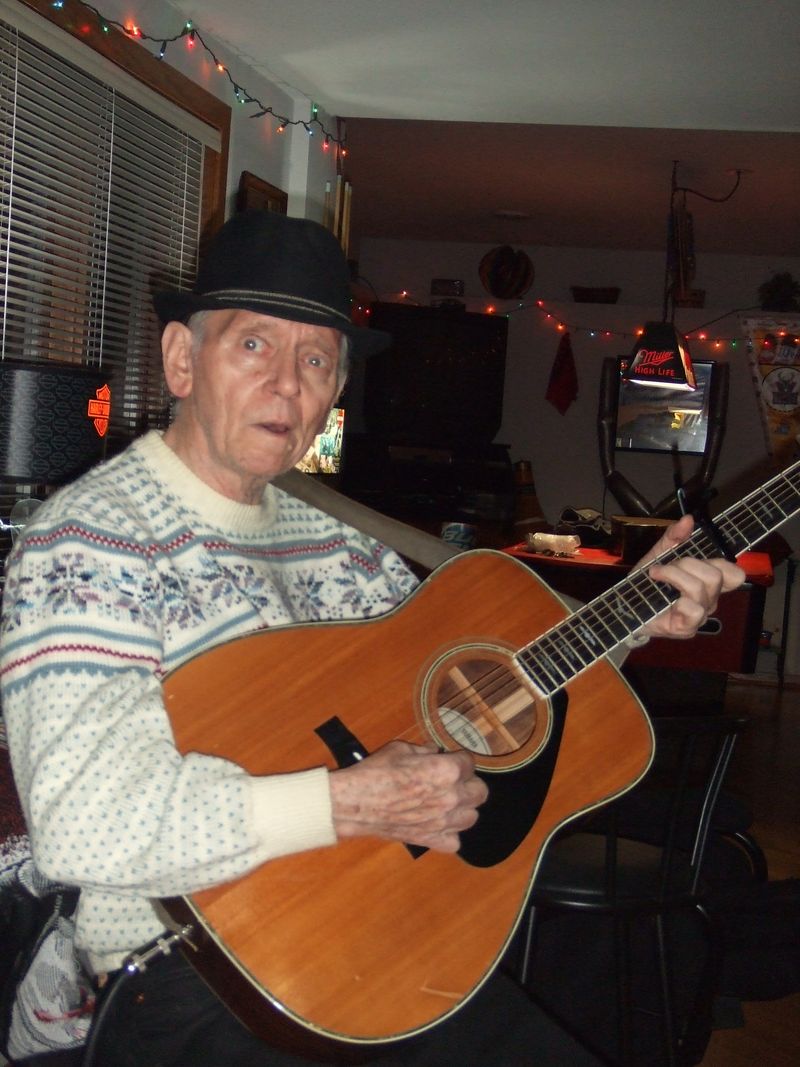 Robert H. Derks, age 80, of Kimberly, passed away on Thursday, February 14, 2013, a white snowy Valentine's Day morning at Parkside Care Center. He was born on October 21, 1932, in Kaukauna, the son of the late William and Frances (Van Dyke) Derks. On August 23, 1952, Bob married Marcy Sommers; they shared 57 years together until she passed on December 11, 2005. Bob began his employment as a mechanic and body man at the Chrysler Garage in Little Chute. He retired in 1977, after 25 years at Kimberly Clark. He then opened his garage as Bob's Auto Repair in Kimberly. Bob enjoyed watching westerns, working on cars, playing the guitar, and singing. He followed #14 Tony Stewart with NASCAR, and loved watching the Packer games. Bob was known at Mr. Fix It and loved being the entertainer at gatherings. He especially enjoyed playing and singing in the local taverns throughout his life.

The funeral service for Bob will be held at 7:00 p.m. on Monday, February 18, 2013 at the Jansen Fargo Funeral Home in Kimberly. Inurnment will take place at Holy Name Cemetery at a later date. A time of visitation will be held from 3:00 p.m. until the time of service. In lieu of flowers, a memorial fund has been established in his name. Online condolences can be offered at www.wichmannfargo.com.

The family would like to extend their sincere thanks to the entire staff at Parkside Care Center and Heartland Hospice. Your kindness will never be forgotten. Also, his granddaughter, Michelle Derks Long, for all of your visits and time spent with grandpa.

Thank you Dad, for being mom's caregiver, and holding her hand until the end. Your prayers were answered, and the two of you are now together forever.