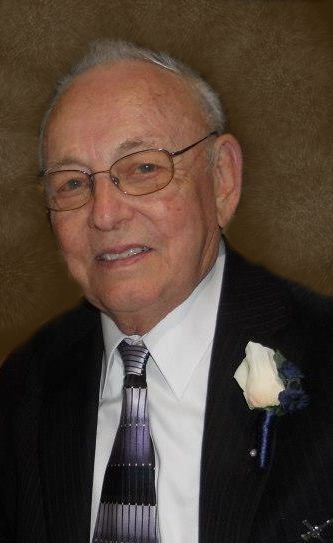 Robert H. Biese, age 87, of Combined Locks, an extraordinary and amazing man, was welcomed into God's eternal kingdom on June 18, 2014. Bob was born in Kaukauna on October 27, 1926, to the late Henry and Matilda (Van Vreede) Biese. He graduated from Kaukauna High School in 1944 and after graduation he proudly served his country during WWII. On April 11, 1953 he married Gretchen Lom at St. Paul Catholic Church in Combined Locks. Bob worked as a millwright at Thilmany for 44 years until his retirement in 1988. He was a dedicated and loving husband, father, grandfather and great-grandfather. Bob was a loyal and committed member of St. Paul Catholic Church in Combined Locks, singing in the church choir and serving on the finance council. His strong faith in God led him to be a man committed to prayer for all. In retirement, he enjoyed spending time with his family at the cottage, fishing, playing cards, following sports and reminiscing. He always enjoyed going to a Friday fish fry at the Skyview Club and never missed the Combined Locks Card Club on Monday mornings. Bob took every opportunity to talk or share stories with those around him. He was a special man and always had kind words for all those he knew. Bob was a man whose life was devoted to three important items, Faith, Family and Friends.

The funeral liturgy for Bob will be held at 5:00 PM on Tuesday, June 24, 2014, at ST. PAUL CATHOLIC CHURCH (410 E. Wallace St., Combined Locks) with Fr. Jim Vanden Hogen officiating. Visitation will be held at church from 2:00 PM until the time of service. In lieu of flowers, a memorial fund is being established in Bob's name.

The family would like to extend a special thank you to the staff at Appleton Medical Center, especially the 8th floor physicians and nursing staff for their comfort, care, compassion and laughter.