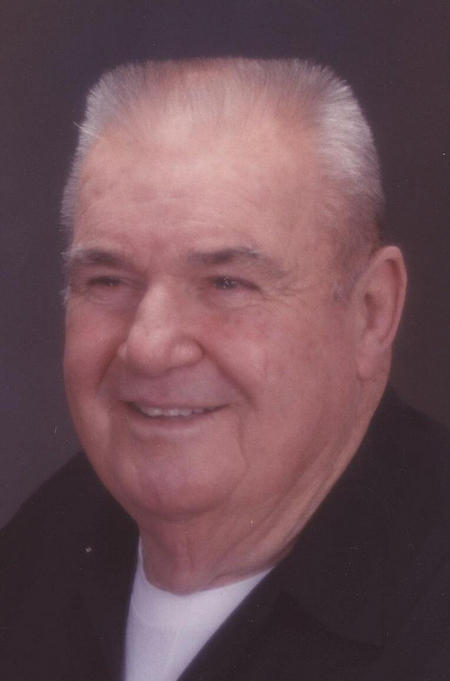 Robert Francis “Tiny” Vandermoss, age 78, passed away peacefully on Sunday, January 2, 2011. Robert was born on August 1, 1932, in Angelica, Wisconsin, son of the late Ernest and Catherine (Blaser) Vandermoss. He was married to Gloria Neville on September 20, 1958 in Green Bay. Robert retired from Badger Highways in 1996 after more than forty years of service. He loved racing his #99 stock car, a tradition he passed down to his children and grandchildren, trips to the casino, hunting, playing cards, and traveling. Robert also had a great love for his family, especially his grandchildren.
Robert is survived by his wife, Gloria; his children, Robin (Sandy) Vandermoss, Darboy, with their children, Taylor and Kylee; Jodiann (Daniel) Kortbein, Larsen; Pamela (Steve) Winarski, Hilbert, with their children, Leah, Conor, Sara, and Michelle; and Jay (Connie) Vandermoss, Darboy, with their children, Brooke and Derek; brothers, Jim (Delores) Vandermoss, and Gordy (Lil) Vandermoss; sisters, Bernice Stratton, and Carol (Barney) Soquet; a brother-in-law, Dick Jerovetz; and many other relatives and friends.
He was further preceded in death by a sister, Marie Jerovetz; a baby brother, Marshall; brothers-in-law, Howard LaPaige and J.C. Stratton; other relatives; and his beloved dog, Casey Jones.
The funeral service for Robert will be held at 6:30 p.m. on Wednesday, January 5, 2011, at the WICHMANN FUNERAL HOME, TRI-COUNTY CHAPEL. Friends may call at the funeral home on Wednesday from 3:30 p.m. until the time of the service. In lieu of flowers, memorial donations in Robert's name may be made to a fund being established.

To the love of my life,
He was my North, my South, my East, my West. My working week and my Sunday rest. My noon, my midnight, my talk, my song. He was the best of me. He made me strong.
~ Gloria

Grandpa,
We weren't ready to lose you. There was never a dull moment when we were around you. Keep everyone smiling in Heaven like you did to us. We will miss you so much. Love,
Grandpa's Gang