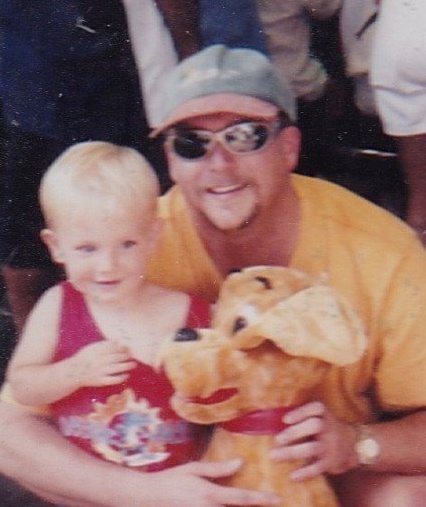 He earned an Associate's Degree in Business Management and was pursuing a Bachelor's Degree, a task he would have completed had he not been taken from us so soon. He was a Senior Strategic Business Reporting Analyst at Fannie Mae Corporation in Chicago, Illinois, a mortgage loan originator for several states, and most recently a representative at West Corporation in Appleton, Wisconsin.

He is survived by his family who loved him dearly; his wife of twenty-four years, Annette Suzanne, and his only son, Sean Robert, who was more proud of him than words can convey, his mother, Grandma Barb, sister, Anne (Jay) Matthews, nephews, Jason and Justin (Courtney) Matthews, aunts, uncles, nieces and nephews, and a small handful of friends he considered family, as he called everyone brother.

Robert loved Jesus and his family more than life itself, word games, writing poetry, and had an everlasting adoration for music. Not a day went by that he wasn't writing music or playing along to someone else's on his guitar. He was also an avid Green Bay Packer fan, choosing just the perfect wing to feast on during the game!

On Robert's behalf, the family would like to thank Pastor Rich Valkanet and Pastor Lynn Johnson of Living Waters Assembly of God, Grayslake, Illinois, Pastor Steve Nickel and Pastor John Sitcler of Fox Valley Christian Fellowship, Kimberly, Wisconsin, for their kindness and pastoral care throughout the years.

A memorial service will be held on Tuesday, August 14, 2018, at 2:30 p.m., Redemption Hill Church, 332 South Carpenter Avenue, Kingsford, Michigan. Family and friends are most welcome to attend.