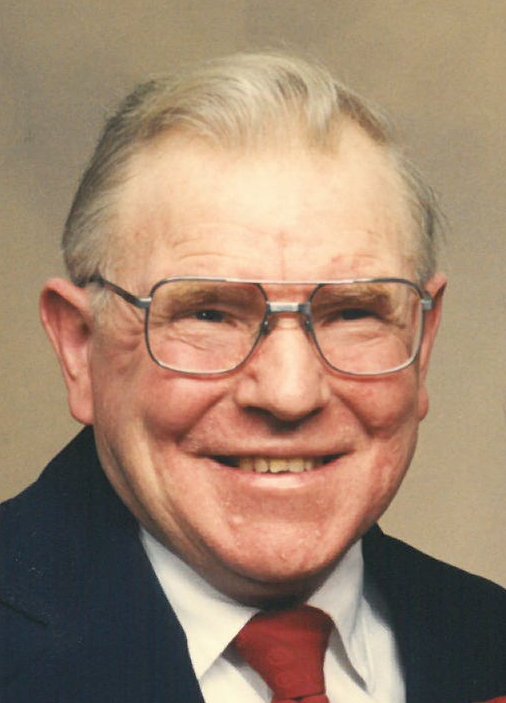 Robert E. Weiland, age 83, of Hortonville passed away peacefully at home surrounded by his family on Sunday, December 10, 2017. Robert was born on August 8, 1934 to Joseph and Inez (McKeever) Weiland in the town of Ellington. Robert was a proud graduate of Hortonville High School and was a lifelong member of St. Mary’s Catholic Parish in Greenville, WI. On August 28, 1957 he was united in marriage to Rosalene Van Handel at St. Nicholas Church in Freedom, WI. The couple recently celebrated their 60th wedding anniversary. Robert dedicated his entire life to operating a dairy farm and raising his family of ten children. His passion in life was farming. The long hours and challenges were met head on year after year to provide for his large family and community. He was well-known by neighbors and fellow farmers in Ellington, checking his fields in his pickup truck. Robert is remembered for lending a hand anywhere he was needed. He believed in being a true neighbor and friend to those around him. He served as a volunteer firefighter for the Hortonville Fire Department for many years.

Robert was adored by his extensive family, whom he nurtured and gave their start in life. As a farmer he tended the land and grew his crops; as a father he instilled in his children and grandchildren the value of hard work and the immeasurable treasure of family. We stand, together, as a family to honor his 83 year life, celebrate his gifts, and thank him for our blessings and the lessons he taught us.

There will be a Mass of Christian Burial on Thursday, December 14, 2017 at 11:00am at St. Mary of the Immaculate Conception Parish, N2385 Municipal Drive in Greenville with Fr. Michael Warden officiating. There will be a time of gathering at the church on Thursday from 9:00AM to 11:00AM. Interment will be at St. Mary of the Immaculate Conception Cemetery in Greenville. For more information and to express condolences, please visit www.wichmannfuneralhomes.com.