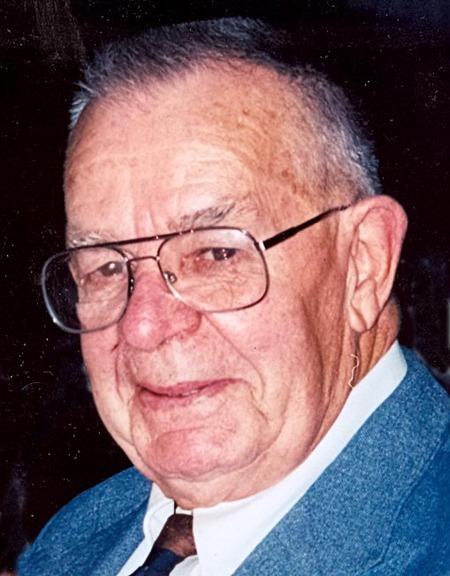 Robert Elmer Anholzer, age 84, passed away peacefully on Friday, June 19, 2009. He was born in Appleton on April 23, 1925, the son of the late Elmer Anholzer and Mary (Grosser) Anholzer Dolven. At the end of his senior year of high school, Bob was drafted in the Navy. He served in two theatres during World War II and was present during the signing of the treaty finalizing the surrender of Japan. After his honorable service, he married his loving wife, Helen De Leeuw, in Kimberly at Holy Name Catholic Church. Bob enjoyed fishing, gardening, tending to his beautiful flower beds and spending time with family at their cottage on Lake Metonga. Bob worked for Banta Corporation for 20 years until his retirement in April of 1987. Bob loved volunteering with House of Peace for numerous years delivering gifts for children that had been collected from St. Joseph Catholic Church in Appleton and Holy Spirit Parish in Kimberly.

Bob's family would like to extend a special thank you to all the staff at St. Paul Home for all their wonderful care for our dad.

In lieu of flowers, a memorial fund has been established for Bob.