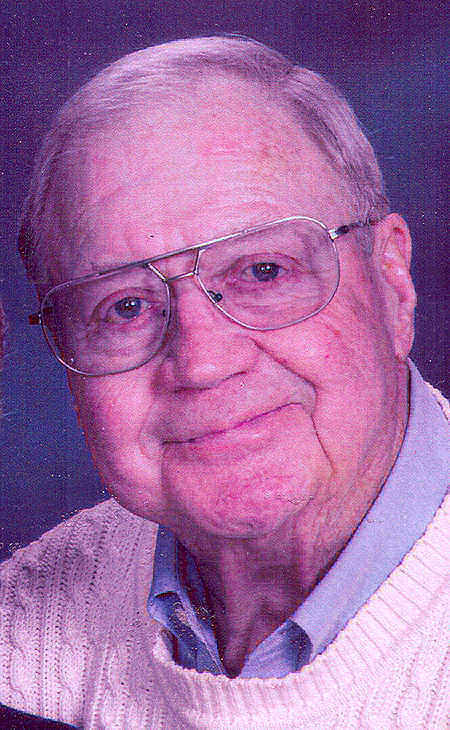 Robert Jenson, age 80, was called to our Lord on July 31st, 2011, from ThedaCare Cherry Meadows in Appleton after a long battle with cancer. Bob was born in Scandinavia Wisconsin on February 16th 1931, the son of the late Sidney and Selma (Siljord) Jenson. After graduating Appleton High School, he proudly served in the U.S. Air Force. He married Audrey Willis of Kimberly on June 12th 1954, with whom he had three devoted children. His career in industrial sales with Gardner-Denver Cooper spanned nearly 40 years. He retired in 1991 to further enjoy his life-long hobby of gardening, and nurturing his exceptional apple orchard. He also enjoyed golf, fishing, cooking, and spending time with his children and grandchildren. Bob was an incredibly kind and generous man who was quick to make himself available to anyone in need.

He is survived by his loving wife Audrey Jenson, three children, Sue (Robert) Hayes of Medina, Bruce Jenson of Appleton, and Ellen (Mark) Sauer of Menomonee Falls, as well as four grandchildren, Courtney and Collin Hayes, and Lesley and Teresa Sauer. Bob is further survived by his sister Betty Settecase, two brothers, Troy and Roger (Alice) Jenson, special nephew Jeff Gerrits, sister-in-law Margaret Willis, and many nieces and nephews.
He was preceded in death by his parents, two brothers, Eugene and Phillip Jenson, and nephews, Mark and Eric Jenson.

The Jenson family wishes to thank Dr. Anthony Phillips and the visiting nurses and staff at ThedaCare Cherry Meadows for their outstanding care and services.

A Funeral mass will held at 10:30 a.m. on Thursday, August 4, 2011, at ST. MARY CATHOLIC CHURCH, 312 South State Street, Appleton, with Fr. David J. Funk, OFM CAP officiating.
The family will receive friends and family in the church gathering hall from 9:30 a.m. until the time of service. Inurnment will be in Highland Memorial Park.

In lieu of flowers, a memorial fund has been established in Bob's name.