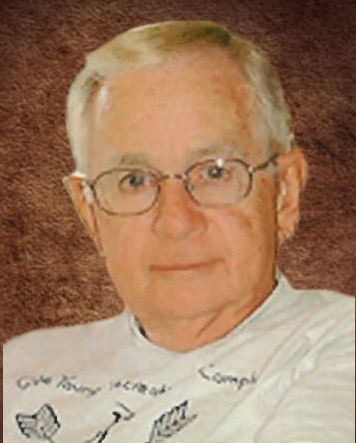 Robert was born in Dodgeville, WI to Fredrick and Freda (Heibel) Schroeder on June 23, 1929. He attended school in Dodgeville. He married JoAnn Nelson on February 24, 1951 at the Dodgeville Lutheran Church. He worked as an Air Force medic in the military for over 23 years. Before retirement he had earned the title of Air Force Master Sargent. He was a veteran of the Korean and Vietnam eras and served his country proudly. He was awarded the Air Force Good Conduct Medal, the Air Force Medal, the Air Force Commendation Medal, and an Air Force Outstanding Unit Award. When he was home, he enjoyed fishing, camping and cheering on the Packers.

Robert is preceded in death by his parents, his siblings, his son, Mark Schroeder, and grandson, Cooper Schroeder.

Funeral services will be held 11:00 a.m. on Wednesday, June 13, 2018 at Wichmann Tri County Chapel, 1592 Oneida St. Menasha, WI 54952 with Steve Dietzler officiating. Burial will follow at Riverside Cemetery. Visitation will be from 10:00 a.m. until the time of service.