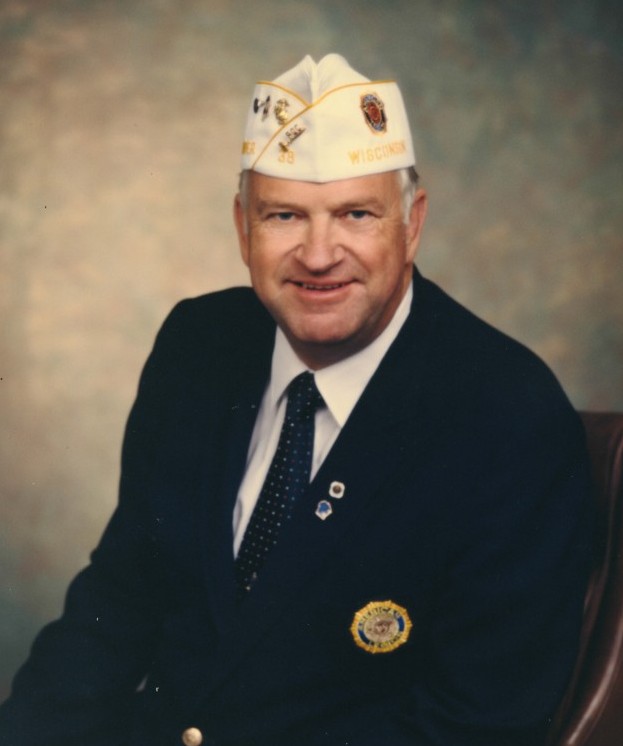 Robert “Bob” Weyenberg, age 83, passed away on Thursday, August 29, 2019. He was born and raised in Little Chute, son of the late Clarence and Alma (Garvey) Weyenberg. After graduating high school, he proudly served his country in the United States Marine Corps at the end of Korean War era. Bob returned home and married his wife, Mary Vandenberg in 1958. Bob worked for Kimberly Clark for 15 years.

Bob was a past commander of the Appleton Legion Post and served as County Commander and 9th District Commander. In 1987, Bob was elected to High Office of Wisconsin American Legion Commander.

He was past Chef de Gare of the Outagamie Voiture #1140 of the 40 et 8, life member of the Veterans of Foreign Wars post 2778 and Wisconsin Chiefs of Police Association. Bob was also on staff of the Badger Boys for years. Until his death he served on the several Town of Menasha committees and stayed active with his local legion post in Appleton. He was also an avid WNAM listener. Most of all, his love for his wife and their six children and grandchildren will be his greatest joy.

He was preceded in death by his wife of 58 years, Mary Weyenberg; granddaughter, Miranda Mae Weyenberg; parents-in-law: Theodore and Catherine Vandenberg.

The funeral mass for Bob will be held at 11:30 AM on Thursday, September 5, 2019 at St. Mary Catholic Church, Menasha (528 Second St., Menasha) with Rev. Paul Paider officiating. Visitation will be held from 9:30 AM until the time of service. In lieu of flowers a memorial is being established.

The family wishes to thank Recover Health for care given to Bob.