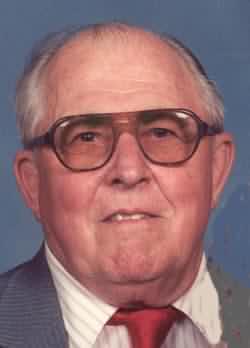 Age 80, was called home by his Lord November 15, 2002. He was born to the late Cornelius and Martha (Verhagen) Verbeten in Wrightstown on December 20, 1921. On May 14, 1929, he married Ruth Brockman in Appleton. She preceded him in death on March 31, 2002. Robert was a veteran of World War II. While serving in the Navy, he was stationed in Pearl Harbor and survived the bombing by Japanese air power. Robert worked for many years as a carpenter at Kimberly Clark, retiring in 1984. He was an avid golfer, enjoyed playing cards, and especially enjoyed spending time at his cottage at Paya Lake. Robert was a member of the Pearl Harbor Survivor Association, the William Verhagen post #60 of the American Legion in Kimberly, and was a member of St. Paul Lutheran Church in Appleton. He will always be remembered for being a loving father and grandfather.

Robert is preceded in death by his wife Ruth, parents, and five siblings: Charles, William, Vincent, Ardina and Benjamin.

The funeral service will be at 11:00 a.m. on Tuesday, November 19, 2002 at St. Paul Lutheran Church, 302 North Morrison Street, Appleton, with Pastor John Baumann officiating. Friends will be received at the Wichmann Funeral Home on Monday from 4:00 p.m. until 8:00 p.m. The William Verhagen Post #60 of Kimberly will be conducting military honors following the funeral service at church and will also be conducting a prayer service at 7:00 p.m. Monday evening at the funeral home. Burial will be at 2:00 p.m. at Appleton Highland Memorial Park.

Memorials in Robert‚Äôs name are appreciated.