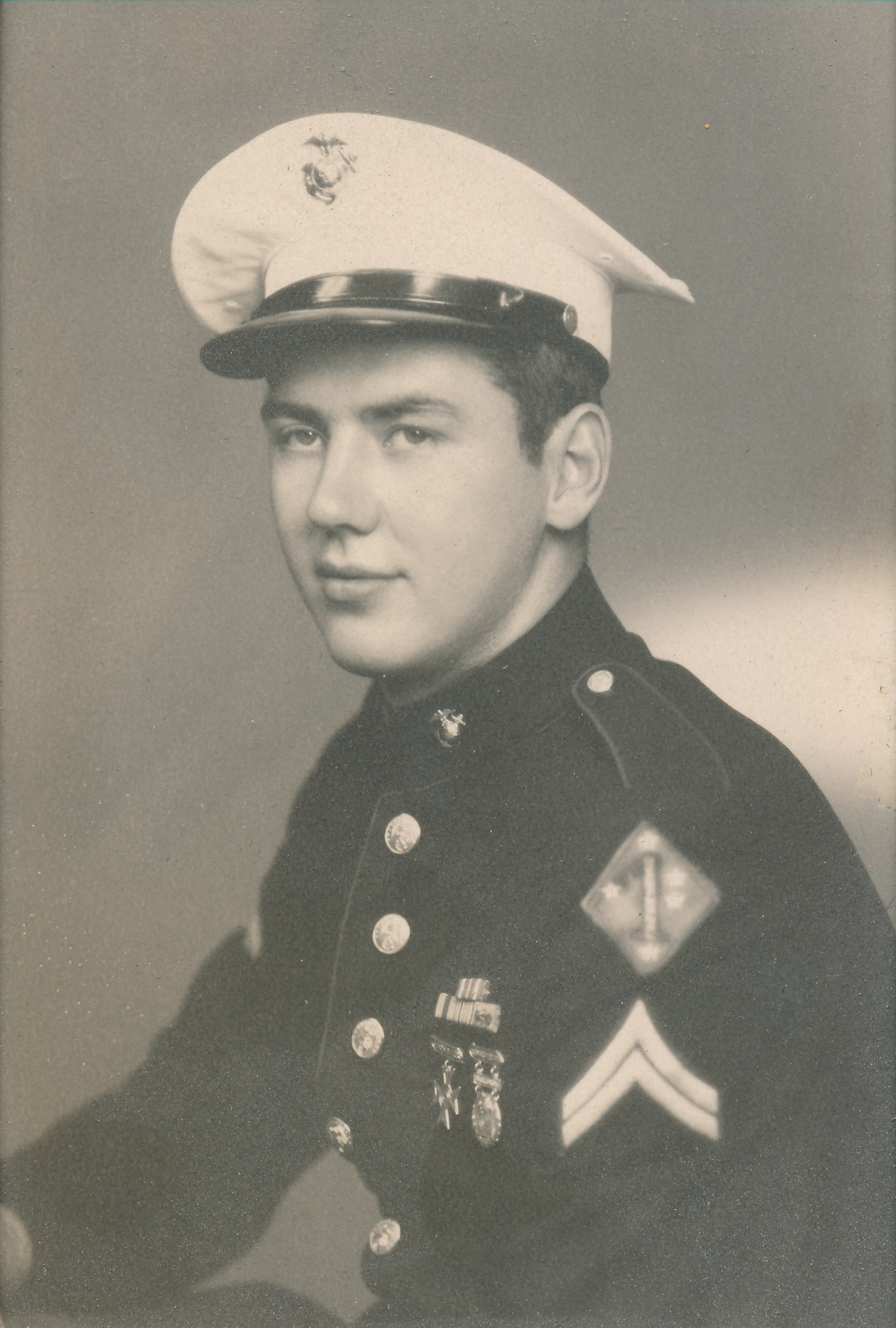 Bob Lathrop, age 93 of Appleton, passed away peacefully at a local nursing home on Monday, August 24, 2015. Bob was born in Red Oak, Iowa on February 4, 1922, son of the late Clyde and Vera (Ross) Lathrop. The family moved from to Appleton from Marshfield in 1932, and Bob had lived in Appleton since, with the exception of the four years he spent serving in the United States Marine Corps during World War II. He served two tours of duty in the South and Central Pacific theaters. Bob was a longtime, faithful, and active member of St. Paul Ev. Lutheran Church in Appleton where he participated on the church council as the 1st Vice President, on the stewardship committee, and also as cashier, usher, and greeter.

At the time of his death, Bob was the oldest surviving member of the Appleton Police Department. He joined the department in 1947 and retired from the force with the rank of Captain. He was a charter member and president of the Wisconsin Association for Identification and was past president of the Appleton Police Benevolent Association. Bob was also a past commander of the Johnston – Blessman Post #38 of the American Legion, served as Chef de Gare of the Outagamie Voiture #1140 of 40 et 8, and was a life member of the Harvey Pierre Post #2778 of the VFW as well as the DAV Chapter 18. For many years, Bob also played an instrumental role on the Appleton Flag Day Committee.

He worked as a salesman for Northwest Supply Company of Appleton until his retirement. In retirement, he and his wife Marion spent many wonderful years visiting Door County together.

The Christian Funeral Service for Bob will be held at 11:00 AM on Friday, August 28, 2015 at ST. PAUL EV. LUTHERAN CHURCH, 302 N. Morrison Street in Appleton, with Rev. Kenneth Frey officiating. Burial will take place at Highland Memorial Park. The family will receive relatives and friends at the church on Friday morning from 9:00 AM until the time of service. The Appleton Police Department will provide the honor guard.