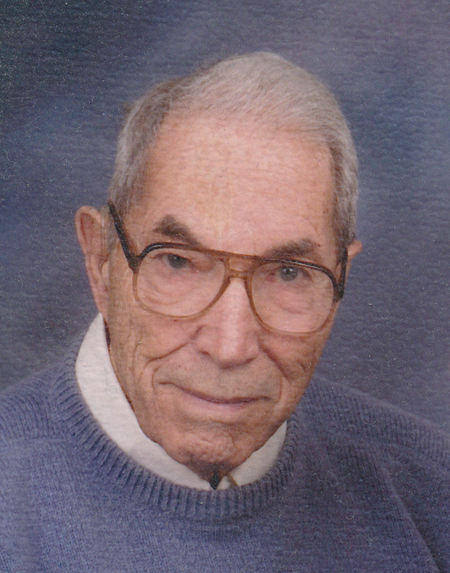 Robert G. Van Oudenhoven, age 90, of Neenah, passed away at Grand Horizons, Appleton, on Tuesday, September 25, 2012. Bob was born on July 4, 1922, in the Town of Vandenbroek, to the late Henry and Johanna (Thyssen) Van Oudenhoven. He married Marian Kruse on June 16, 1945, in Neenah. Bob was well-known as the owner of Bob Van Oudenhoven Construction. He retired in 1987. With Marian, he enjoyed house boating, RV traveling and square dancing. In his earlier years, Bob enjoyed rabbit hunting, riding his bicycle and raising beagles. He proudly taught and passed on his building skills to his children and they are doing likewise. Bob and Marian were charter members of St. Gabriel Catholic Church. He proudly served his country during WWII in the United States Coast Guard. Survivors include his wife of 67 years, Marian; his children, Stephen (Sally) Van Oudenhoven, Sturgeon Bay; Diane (John) Welbes, Winneconne; John Van Oudenhoven, Winchester; and Patricia (Mark) Kadlec, Shiocton; his six grandchildren, Shane (Erika) Welbes; Jesse Welbes; Joshua Van Oudenhoven; Jada (Gregory) Coyne; Torry (Jessica) Kadlec; Drew Kadlec; his great grandchildren, Colin, Phoenix and Brody Welbes; Riley Belle and Casey Coyne; and Devin and Declan Kadlec; his sister, Mary Jane Vought and his brother, Steven Van Oudenhoven. He was preceded in death by his brothers, Eugene, Gerald, Herbert and Marvin Van Oudenhoven. The Funeral Liturgy will be at 11:00 a.m. on Tuesday, October 2, 2012, at ST. GABRIEL CATHOLIC CHURCH, 900 Geiger Street, Neenah, with Fr. Larry Seidl officiating. Friends may call directly at the church on Tuesday from 10:00 a.m. until the time of services. In lieu of flowers, a memorial has been established in his name. Online condolences may be offered at www.wichmannfargo.com