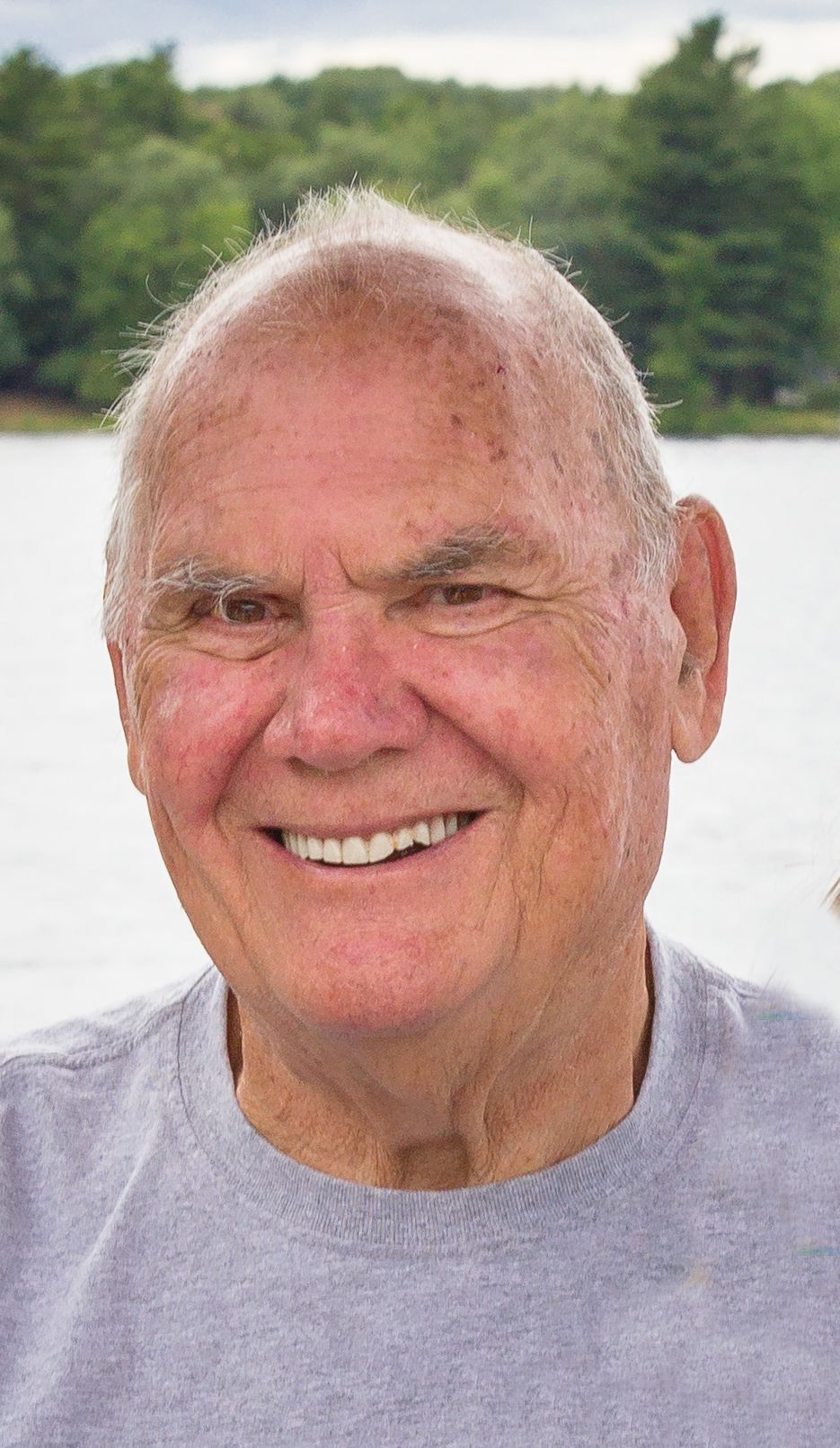 Robert “Bob” E. King, age 83, of Appleton passed away on Sunday, January 3, 2016. Robert was a loving husband, father, grandfather and great-grandfather. He is now at peace in Jesus's arms where he is reunited with other beloved family members.
Bob was born to the late Trecile and Ralph King on August 11, 1932 in Flint, Michigan. He graduated from Appleton High School in 1950, where he was named most valuable player of the Appleton Terror football team.
Bob married the love of his life, Marjorie Smith, on September 22, 1951. Together they shared sixty-four years of marriage. They went on to become the parents of six loved and devoted children. He was also blessed with eighteen grandchildren and nineteen great-grandchildren. Bob and Majorie are charter members to St. James United Methodist Church in Appleton.
Bob started working for Marathon Corp. in 1950; he stayed with them through many transitions and eventually retired from Ft. James in 1993. He could proudly say that in all his forty-three years of employment he only missed one day of work.
He loved spending time with his family at the cottage in Mount Morris and fishing from his pontoon boat. Bob also enjoyed attending all the children's and grandchildren's sporting events. One of the best memories spent with his family would be playing Trivial Pursuit and of course the men taking victory over the women.
Bob will be truly missed by his wife, Majorie; his daughters, Sharon (Dick) Fischer, Nancy (Jim) Pintar, and Susan King; sons, James (Sherry) King, and Steven (Cori) King; sisters, Lois Jones, Linda (Jim) Jewell, and brother Jack (Barb) King; sister-in-law Dorothy Griffith; grandchildren, Rick ( Stacy) Fischer, Laura Fischer, Ryan (Helen Wu) Pintar, Julie (Joe) Luu, Heather (Nathan) Joyal, Jamie (Chad) Vanden Boomen, Daniel Abraham, Lisa (Jordan) Schmidt, Matthew Abraham, Alison (Tom) Kintigh, Molly (Ben) Nyman, Jake (Chantall Olsen) King, Jeremy (Amber Severing) King, JR (Hannah Frelich) King, and Sam, Abbie, and Mackenzie King; great-grandchildren, Max Fischer, Declan Johnson, Natalie and Rebecca Joyal, Noah, Conner, Spencer, Maggie, Cooper, and Sofia Vanden Boomen, Dylan, Austin, and Jaxon Abraham, Hunter, Haley, and Hannah Schmidt, and Lucas Olsen. He is further survived by many nieces, nephews, other relatives and dear friends.
Bob was preceded in death by his parents, Ralph and Trecile; son Bobby King; in-laws Willard and Laura Smith; grandson, Adam Abraham; great-grandchildren, Ricky Fischer, Faith Vanden Boomen, Jameson Abraham; brothers-in-law, Donald Smith, Willard Smith, and Pat Jones; sister-in-law, Ardyth King.
The funeral service for Bob will be held on Thursday, January 7, 2016 at 11:00 am, ST. JAMES UNITED METHODIST CHURCH, 100 W. Capitol Drive, Appleton. A time of visitation will be held from 9:00 am until time of service with Rev. Mark Klaisner officiating. Interment will be held at Highland Memorial Park. In lieu of flowers, a memorial fund has been established in Bob's name. Online condolences may be offered at www.wichmannfargo.com.
The family would like to thank Dr. Robert Fox, Dr. Fuller and Dr. Chapman for the years of compassionate care he received.
Bob will forever be remembered for his never-ending smile and infectious sense of humor. He was never happier than when he was sitting on the deck of his cottage surrounded by his family.