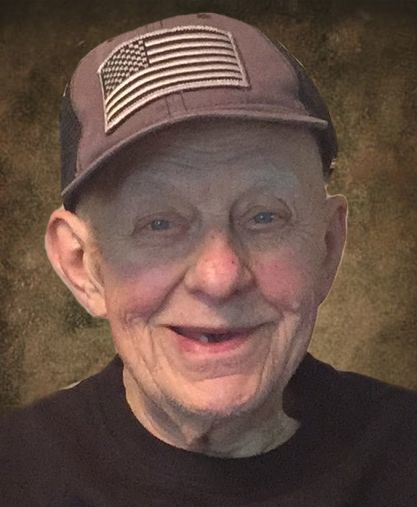 Robert “Bob” Benny Sojka, age 80, of Appleton, passed away on Tuesday August 16, 2016. He was born on October 16, 1935 to the late Benjamin and Amelia (Terpkosh) Sojka in Cedar Rapids, Iowa. Bob graduated from Cedar Rapids Wilson High School in 1954 and then joined the National Guard. He served from 1954 until 1960.

Bob married Joyce on October 20, 1973 in San Jose, California. After their marriage they relocated to Iowa where they owned and operated Valley Lanes Bowling Alley for 9 years. Bob was a passionate bowler and played on many leagues and tournaments. He was very proud of his 300 game.

In 1986 they moved to Wisconsin where Bob was employed at Lawrence University as a custodian and also bartended. Being the outgoing and full of life person, Bob was he truly enjoyed bartending and continued to do that after retirement in Bella Vista, Arkansas where he and Joyce resided for 9 years. He enjoyed golfing and also fishing with his good friend Chuck. Bob also took great pride in his garden, but his greatest passion was sports and his love for the Iowa Hawkeyes was overwhelming.

Bob and Joyce's final place to call home was back in Wisconsin to enjoy the rest of their retirement.

In addition to his parents, Bob was preceded in death by a sister and several aunts and uncles. He is survived by his loving wife of 43 years; his seven children: Roger Sojka, Diana Lynn Divine (Sojka), Rocke Sojka, Brenda McAfee (Sojka), Susan (Bob) Webb, Steve Spehar, and Kelly (DeWelt) Squair; fourteen grandchildren, and eight great-grandchildren. Bob is further survived by his sister: Karolyn (Ralph) Sedlacek; an aunt: Charlene Sojka; a sister-in-law: Carol Reed, and many nieces, nephews, and friends. He also leaves behind special friends Chuck and Dee Desten, Dale and Mary Scribner, and Cloyd and Shirlene Robinson.

The funeral service for Bob will be held on Wednesday, August 24, 2016 at 11:00 AM at WICHMANN FUNERAL HOME, 537 N. Superior Street in Appleton. Visitation will be held at the funeral home on Tuesday, August 23, 2016 starting at 4:00 PM until the prayer service at 8:00 PM, and will continue on Wednesday starting at 9:00 AM until the time of the service at 11:00 AM. Rev. Debra “Dee” Sim will be officiating. Interment will be held at Riverside Cemetery in Appleton. In lieu of flowers, a memorial fund has been established in Bob's name. Online condolences can be offered at www.wichmannfargo.com.