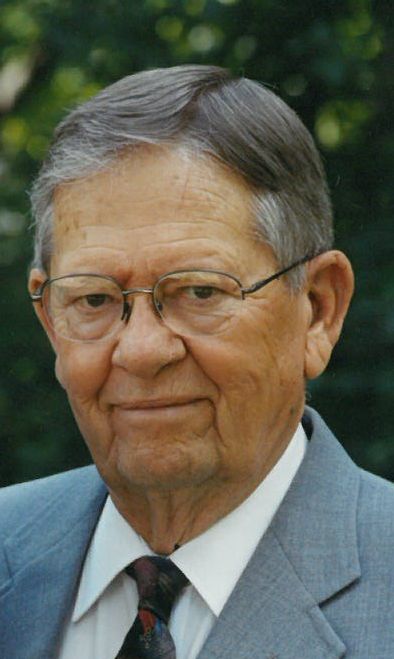 Robert Bernard School, age 88, passed away peacefully at Cherry Meadows with his family at his side on July 28, 2018. “Bob” was born on August 21, 1929 in Dundas, WI, the son of the late Anton and Henrietta “Hattie” (Brochtrup) School. He graduated from St. John’s Catholic High School in Little Chute and went on to proudly serve his country in the United States Air Force from 1951 to 1955, serving with the 36th Fighter Bomber Wing stationed at bases in Furstenfeldbruck and Bitburg Germany as well as MacDill Air Force Base in Florida. He married Elaine Brittnacher on August 12, 1954 at St. Paul’s Catholic Church in Wrightstown, WI.

Bob drove truck for White Clover Dairy in Hollandtown, WI from 1946 – 1961. He then went on to drive truck for Badger Northland, Inc. in Kaukauna and was shortly thereafter promoted to a sales position where his dedication and hard work resulted in a successful career as an Export Sales Manager. Bob’s position with Badger Northland, Inc took him on travels across the United States, Canada, Japan and Bulgaria until his retirement in 1994. He was a member of St. Bernadette Catholic Church in Appleton since 1969, the Knights of Columbus and Kimberly Post 60 of The American Legion. He retained friendships and attended reunions with fellow Air Force buddies through-out his life. Bob’s carpentry skills and enthusiasm for woodworking were put to good use when he, along with his sons, built homes, including the home where he and Elaine eventually retired. Countless hours were spent in his woodworking shop crafting special projects for Christmas gifts. Growing up on a farm and a career in farm equipment sales led to Bob’s retirement hobby collecting and trading scale model farm toys and tractors. Bob and Elaine worked Toy Shows together and the people they met along the way always gave Bob great pleasure. He also enjoyed his morning coffee hour with friends at The Heritage where they “solved the world’s problems”. Above all else Bob loved a day of fishing on his boat and those days were never better than when shared with the grandkids.

The Funeral Liturgy for Bob will be held at St. Bernadette Catholic Church, 2331 Lourdes Dr., at 11:30 AM on Saturday, August 4th, 2018. Visitation will be at Wichmann Funeral Home, 537 N. Superior St, Appleton, WI from 4:00-7:00 PM on Friday, August 3rd, with an American Legion Prayer Service at 7:00 PM followed by a Rosary Service. Friends may also visit at the church on Saturday morning from 10:00 am until the time of service. Inurnment will take place at St. Katherine Drexel Catholic Cemetery, Hollandtown, WI at a later date.

In lieu of flowers, donations in Bob’s memory may be made to Cherry Meadows Hospice at: ThedaCare Family of Foundations, Regional Gift Processing Center, 1818 N. Meade St., Appleton, WI 54911 or www.thedacare.org/donate.

The family would like to extend our heartfelt thanks to those who provided Bob with extraordinary care, compassion and love during his illness; including Home Instead Senior Services, the staff at Cherry Meadows and ThedaCare Hospice. Words cannot express our gratitude.