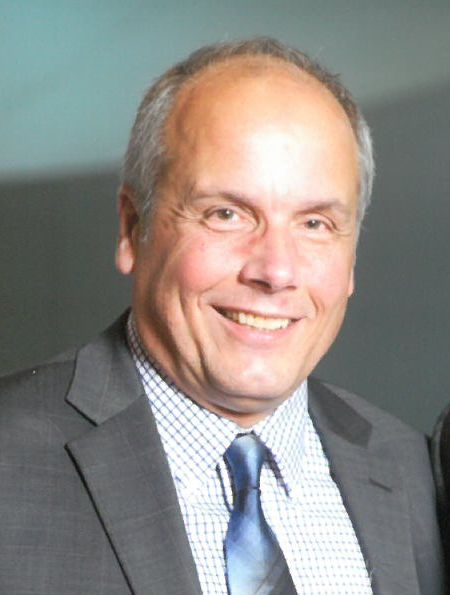 Age 63, passed away suddenly on Saturday, April 14 2018. He was born in Appleton, WI on December 3, 1954 to the late Lloyd and Elayne (Ristow) Schabow. Bob was joined in marriage to Michele Lahay on April 11, 1994 in Florida. Bob was proudly employed at Bergstrom Automotive for nearly 35 years. Bob started his career at Bergstrom out of high school; working in customer service and the body shop until his retirement this past December. Bob was passionate about golfing, the Green Bay Packers, baseball, NASCAR, and basically any sport he could get his hands on! He was always willing to lend a helping hand, whether to a family member or neighbor. His family will miss his fantastic grilling skills and his classic line, “No two ways about it!”. He loved working on his model railroad set in his basement. Bob will always be remembered for being a wonderful father to his children. Proud supporter of his daughter, Brianna, currently attending UW-Milwaukee, and son, Conner, Private Second Class of the Army National Guard.

Bob is survived by his best friend Michele; children, Brianna (special friend Tanner), and Conner. Son of Elayne Schabow. Brother of David Schabow. He is further survived by many nieces, nephews, other close relatives, friends and furry friend, Farley the family dog.

Bob is preceded in death by his father, Lloyd.

The family would like to express a special thank you to neighbors of the family, the medical staff at ThedaCare Appleton and to of the City of Appleton Fire Department Station #4.