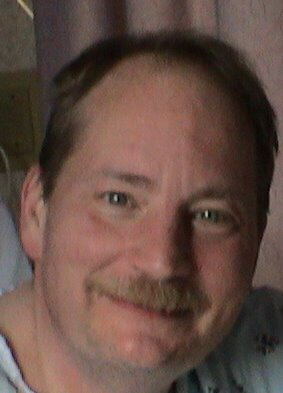 Robert A. Wallace, age 56, of Palm Bay, Florida, passed away Wednesday evening, April 30, 2008. He was born February 17, 1952, to Charles V. and Genevieve L. (Lorenz) Wallace, in Brooklyn, New York, and grew up in New Jersey.
Bob attended LaSalle College in Philadelphia and Florida Metropolitan University. He held his dream job of Director of Entertainment at Grossinger's Hotel, a large resort hotel in the Catskills of New York, where he booked shows and personally worked with many famous entertainers throughout his years there until the hotel closed. He then worked as an office manager in the cardiac department at Massachusetts General Hospital.
Bob loved to entertain friends and family with his quick wit and abundant humor. He made friends wherever he went because of his friendly and outgoing personality. His connections with family and friends were of utmost importance to him, singlehandedly organizing many family reunions. He was extremely thoughtful and giving, never missing anyone's birthday or anniversary without a phone call or card. He was gifted in music, painting, theatre, and the culinary arts, and had an incredible mind for literature and history.
He is survived by his mother, Genevieve L. (Lorenz) Wallace, Catskill, NY; his sister Anne (Kevin) Wallace Ritzman, Appleton; his brother Marty (Pat) Wallace, Catskill, NY; his beloved friend Susan Fleming, Middletown, NY; 10 nieces and nephews; aunts, uncles and cousins across the States. He was preceded in death by his father, Charles V. Wallace, and his brother Dr. Chris Wallace of Appleton.
Bob's family would like to thank the administration, nurses, and staff at St. Elizabeth Hospital and Affinity Visiting Nurses – Hospice for their compassionate care and concern, and thoughtfulness for our family.
The funeral liturgy for Bob will be held at 11:00 am, Monday, May 5, 2008, at ST. MARY CATHOLIC CHURCH, 312 South State Street, Appleton, with Fr. Bob Lexa officiating. Friends may call at the church on Monday from 10:00 am until the time of the Mass. A memorial fund is being established in his name, in care of Anne Ritzman, 921 E. Hancock St., Appleton, WI 54911.
Wichmann Funeral Home
537 North Superior Street
Appleton 739-1231
Online condolences
www.wichmannfargo.com