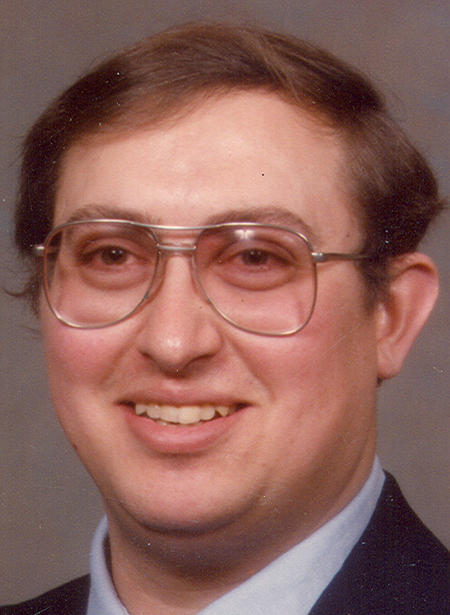 Vegoe, Robert A.
“Bob”
PHOTO
Robert A. Vegoe, age 54, of Appleton, died unexpectedly in his home, October 24, 2008. He was born September 20, 1954, to the late Ingvold O. and Arlyce (Reece) Vegoe, in Tucson, Arizona and shortly after, the family moved to Black Creek to farm. Bob attended Seymour High School and joined the U. S. Navy following his graduation. He served as a Machinery Repairman on the USS Independence and the USS Shenandoah and received an honorable discharge November 2, 1976. On August 5, 1978 he sustained a traumatic brain injury in a motorcycle accident, which damaged his memory. He remained with the same employer, Valmet, for 20 years. He was a proud member of the International Association of Machinist and Aerospace Workers Union. Robert was an avid Packer fan and was proud of his Norwegian heritage. He is survived by four siblings, Linda Vegoe, Oshkosh; Nancy (Russ) Moericke, Appleton; Lori (Kris) Schneider, Neenah; Mark (Donna) Vegoe, Statesville, NC; nieces and nephews, who he liked to tease, Jennifer, Christopher (Shanna), Bekah, Shelby, Mickala, Kyle, Seth, Zachary, Haley, Jeff, Jesse and a great niece, Desiree. Robert will be greatly missed by his favorite UPS driver, Micki Baumann. A memorial service for Robert will be held at 7:00 pm, Tuesday, October 28, 2008, at the funeral home, with Reverend Dr. Tom Fritz officiating. Friends may call at the funeral home from 5:00 pm Tuesday until the time of the service. Donation may be made to the Brain Injury Association of Wisconsin.

The family of Robert would like to extend a special thanks to Chris Sitzmann, Lois Baumann, his caregiver, Dr. Steve Kaplan, Dr. Ammar Alzubi and the Brain Injury Association of Wisconsin for helping Bob lead a happy and independent life.