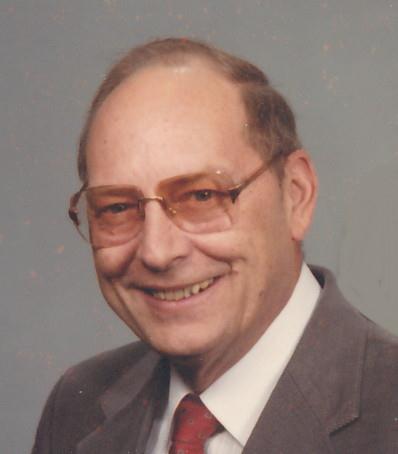 Robert A. Kramer, of Menasha, age 81, passed away on Thursday, February 23, 2012 with his family by his side. He was born on December 9, 1930 in Manitowoc, the son of the late Clayton and Isabella (Neilitz) Kramer. Bob was raised in Dubuque, Iowa and moved to Menasha in 1947. He served his country as a Captain in the U.S. Air Force as a Navigator and Squadron Personnel Officer. On June 25, 1955, Bob married Adeline Schoettler at St. Joseph Catholic Church in Appleton. He was a faithful member of Sacred Heart Catholic Church and founded the Grandpa's Patrol at Holy Angels Catholic School. Bob was employed in customer service and sales at Kramer-Ridge Company in Appleton. He retired as the principal in 1994 from Holy Angels Catholic School in Darboy.

The funeral liturgy will be held at 11:00 am on Monday, February 27, 2012 at SACRED HEART CATHOLIC CHURCH, 222 E. Fremont Street, Appleton. Fr. Don Zuleger and Fr. Bob Karuhn will be officiating. Inurnment will take place at St. Joseph Cemetery in Appleton. A visitation will be held at the church on Monday from 9:00 am until 10:45 am. In lieu of flowers, memorials to Sacred Heart Catholic Church or Wisconsin Right to Life are appreciated.

Thank you for the wonderful and happy 56 years together. You are the love of my life.
Love, Addie

We want to thank you Dad for instilling the great values and Christian beliefs in all of us. We will continue to carry these forward to everyone we touch in our lives.