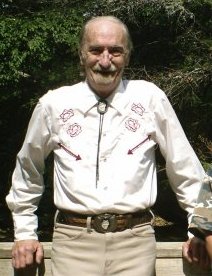 Robert A. Hella, age 69, Town of Springstead, formerly of Appleton, passed away on Monday, May 23, 2011. Robert was born on August 6, 1941 in Combined Locks, the son of the late Robert and Frances (Jusko) Hella. On June 20, 1963 he married JoAnne Simon at Trinity Lutheran Church in Appleton. Bob was employed at ATT for 30 years. Following JoAnne's death in 1992 he moved up north to what he called, his little piece of paradise. Bob worked at the Lake of The Torches Casino and Weather Shield Window and Doors until his retirement. He loved the outdoors and enjoyed fishing and hunting.

The funeral service for Robert will be held at 11:00 am on Friday, June 3, 2011 at WICHMANN FUNERAL HOME TRI-COUNTY CHAPEL. Burial will take place at Highland Memorial Park. The visitation will be held at the funeral home from 9:30 am until the time of service.