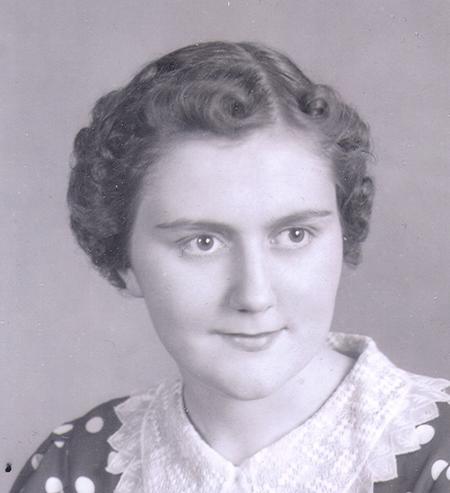 Rita was a lifelong member of St. Joseph Catholic Church, and belonged to the Christian Mothers‚Äô Society. She was a volunteer for 20 years at St. Joseph Food Pantry. Rita was proud of the fact that she was a member of the first graduating class of Appleton High School. Rita enjoyed bowling and was a member of the 600 Club. She and her second husband Bob spent many happy years golfing at Winagamie Golf Club where they were co-presidents of their couples‚Äô league.

In addition to her parents and her two husbands, she was preceded in death by three brothers and their wives: Harold and Pat Toonen, Jerome and Joyce Toonen, Tom and Vi Toonen; one sister and her husband, Betty and Leo Tiedt; brothers-in-law: Murch Lambie, John Nash and Jim Chapelle. She was also predeceased by her brother, Martin, and infant sister, Eunice, other brothers and sisters-in-law, nieces and nephews..

Funeral Liturgy for Rita will be celebrated on Wednesday, July 12, 2006 at St. Joseph Catholic Church (410 W. Lawrence Street) at 10:30 A.M. with Father Larry Abler officiating. Friends may call directly at the church from 9:00 A.M. until the time of mass. Interment will be in St. Joseph Catholic Cemetery, Appleton. In lieu of flowers, a memorial is being established in her name.

Rita‚Äôs family wishes to extend their sincere gratitude to the staff at the Cedars, Brewster Village for their loving care. We‚Äôd name names, but there are too many to mention. Thanks to you all.