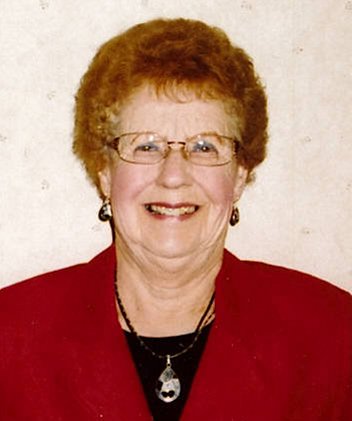 Rita Jean Barwick (Katers), age 89, passed away on December 25, 2018. She was born in Brown County to the late John & Harriet (Watermolen) Katers. Graduated from Green Bay West High School in 1948. On April 11, 1959, Thomas and Rita Barwick (Katers) were married at St. Agnes Catholic Church in Green Bay, Wisconsin. Tom, her loving husband of 44 years, passed away in 2003.

Rita was employed by Kraft Foods (Green Bay), Peoples Trust & Savings Bank (Green Bay), and Hoffer Glass Co. (Appleton) for 21 years until retirement. She enjoyed living in her home built by her brother, Earl Katers, for 57 years until her death. She would work hard at maintaining the appearance of her home and yard. She liked living close to Calder Stadium and watching Menasha football. Rita enjoyed baking, especially Christmas cookies, and Christmas was her favorite time of the year decorating her home. Rita and Tom were extremely proud of their sons professional careers, a professor of physics and mechanical engineer. She took great pride in attending her grandchildren’s activities, and seldom missed a soccer or basketball game. She attended her children’s and grandchildren’s special events all over the country. She enjoyed her trips to California to visit her son, Steve, and his family. Rita was an avid Packers & Badgers fan.

Rita was a devoted wife, mother, grandmother and caretaker when Tom was ill. Rita did not compromise on her decisions and lived her life exactly the way she wanted to live her life all the way to the end.

A Mass of Christian Burial will be held at 11:30 AM on Wednesday, January 2, 2019 at St. Mary Catholic Church, 528 2nd Street, Menasha, WI, with Fr. Paul Paider officiating. Private Entombment at Highland Memorial Park. Family and friends may gather at the Church from 10:30 AM until time of Mass.

The Barwick family would like to thank Randy Ropella for helping us during this difficult time. When Rita’s good friend Ruth Ropella passed away in 2017, Randy helped look after Mom during the times our family was not available.

A memorial fund in Rita's name will be established.