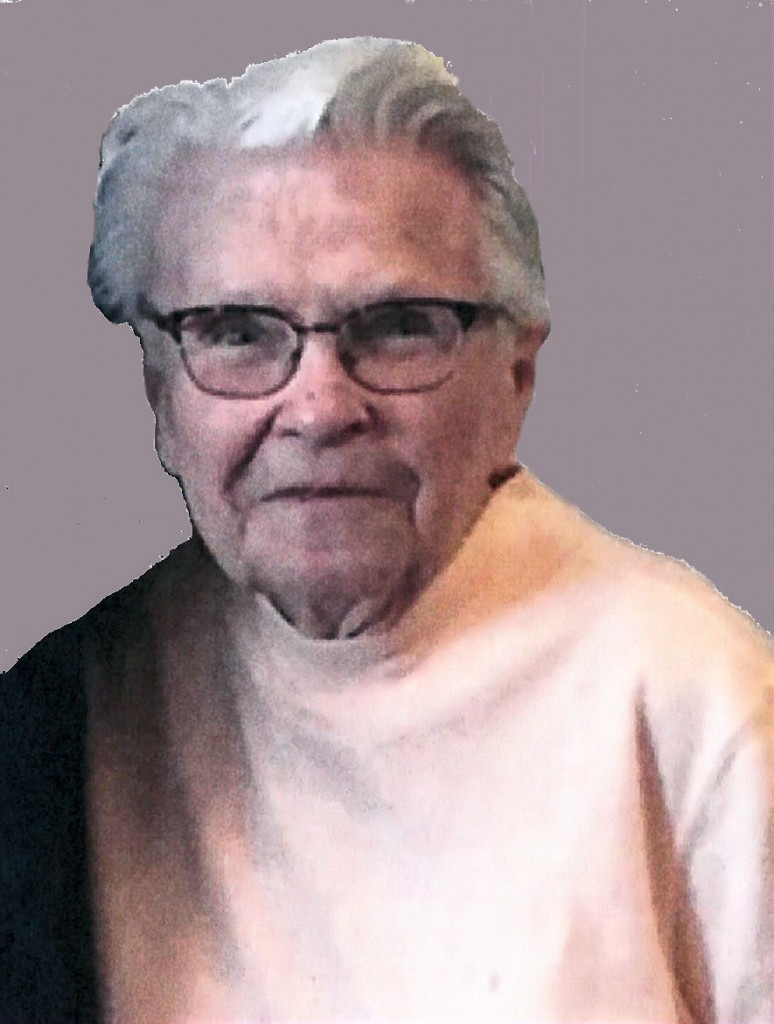 Rita Scharenbroch, 92, passed away peacefully on Thursday, June 21, 2018, at Oak Park Place Assisted Living, Menasha. She was born on October 1, 1925, at the family home in Darboy, the daughter of the late Joseph and Clara (Van De Loo) Dietzen. Rita was united in marriage to Edward Scharenbroch on May 18, 1945, and he preceded her in death on August 5, 2009. She was a member of Sacred Heart Catholic Parish, Appleton. In her earlier years, Rita could be seen helping her husband with his home building business. She enjoyed cooking, baking, playing cards, crocheting and most importantly spending time with family and friends, especially her son, grandchildren and great-grandchildren.
Rita is survived by a son: James Scharenbroch; 5 grandchildren: Rick (Kendra) Scharenbroch, Dennis (Leslie) Scharenbroch and Diane Scharenbroch, Rachael (Eric) Sturm, and Angela Scharenbroch; 8 great grandchildren: Corey, Ana, Steven, Bryce, Kyle, Athena, Nicholas, Caleb, Dominic and Bentley; siblings: Helen Wisneski, Alice (Bill) Vanden Boom and Howard Dietzen; two sister-in-laws Louise Mertens and Rosalin Geary; and many other relatives and friends.
Rita was preceded in death by her sister Leona Kettner and a great-grandchild Zachary.
A funeral mass for Rita will be celebrated at 11 AM, on Monday, July 2, 2018, at Sacred Heart Catholic Church, 222 E. Fremont St., Appleton, by Rev. Jon Thorsen. Friends may call at the church on Monday, July 2, from 9:30 AM until the time of mass. Inurnment will be in Highland Memorial Park, Appleton.