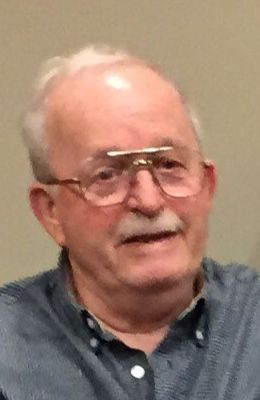 Richard W. Tuszka, age 76, of Appleton, passed away on Saturday, May 12, 2018. He was born on December 21, 1941 to the late Lawrence and Virginia (Springborn) Tuszka. His parents passed when he was young and he was raised by his mother’s sister, Betty.

Richard met the love of his life, Karen Toman, when they were in sixth grade. They married on December 3, 1960 and were blessed with their two children, Jay and Jill.

He started his career as a window glazer and later on found work at Schuh Tree Expert where he eventually purchased the company. He also was employed with Skid & Pallet Mill in Appleton.

Richard was an active member of Twin City Rod & Gun Club and if giving the opportunity he would have shot targets every day. He was known for his ability to craft and build just about anything. Richard was always working on a project; the house is full of models of boats and even submarines and planes he crafted over the many years.

He is survived by his wife of fifty-eight years, Karen; his son, Jay (Julie) Tuszka; his daughter, Jill (John) Burke; his grandchildren, Riley Tuszka and Kevin Blank. Richard is further survived by many other dear family members.

The Memorial Service will be held on Wednesday, May 16, 2018 at 4:00 p.m. at LEAMMRICH-WICHMANN FUNERAL HOME, 312 Milwaukee Street in Menasha. Visitation will be held on Wednesday from 2:00 p.m. until the time of the service. In lieu of flowers, a memorial fund will be established in Richard’s name. Online condolences can be shared at www.wichmannfargo.com.