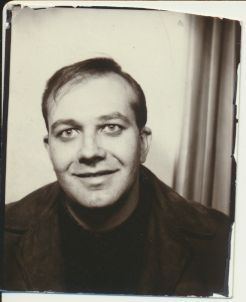 Richard was born to Willard (“Bill”) and Arnita Foelker on October 16, 1940 in Appleton, Wisconsin. Their only son, Dick was the first of three children born to the couple. He was much loved by his parents, but most especially by his dear mother. The two were devoted to one another all of their lives.

Dick elected to enter the family business, working closely with his father Bill at Combined Insurance. At the conclusion of his tenure with Combined, he elected to assume a position as an Instructor of Economics at St. Norbert's College.

Blessed with a sharp mind, Dick opted to pursue his interest in the law, enrolling in the Juris Doctorate program at Gonzaga University in Spokane, Washington. After a brief hiatus, he continued his studies at William Mitchell College of Law in St. Paul, Minnesota. He made use of his education as a Paralegal at a law firm in Sturgeon Bay, Wisconsin.

Dick was an avid sports fan, and was an enthusiastic supporter of his favorite teams, the Green Bay Packers and the Milwaukee Brewers. In addition, he was an excellent chess player, a pastime in which he earned the honor of State Chess Champion in 1967. He was a collector of baseball cards, 50's and 60's music and classic comic books.

An animal lover throughout his life, he developed a special relationship with the family's beloved beagle Sherman, and later, their mixed-breed dog Jack.

Dick was preceded in death by his father Bill in 2010, and by his beloved mother Arnita in November of 2014. Forever bonded, they passed within days of one another. He is survived by his sisters Barbara Hohman (Appleton) and Sheila (John) Jabas (DeSoto, Texas). In addition, Dick is further survived by niece Susan (Mark) Heinlein (nee Hohman; Eagan, MN) and their sons Brett and Drew, nephew Matthew Hohman (Appleton) and his son Alex, nephew Theodore (“Ted”) Hohman (Edina, MN); nephew Dean Jabas (Irving, TX) and his daughter Lily Bushland, and nephew Willard (“Bill”, Kristen) Jabas (Appleton).

To honor Dick's memory, a visitation and funeral liturgy was held in conjunction with his mother's. Both were honored at the service and laid to rest together.

In lieu of flowers, the family asks those inclined to contribute to The Fox Valley Humane Association. Its purpose and mission do honor to his love of all God's creatures.