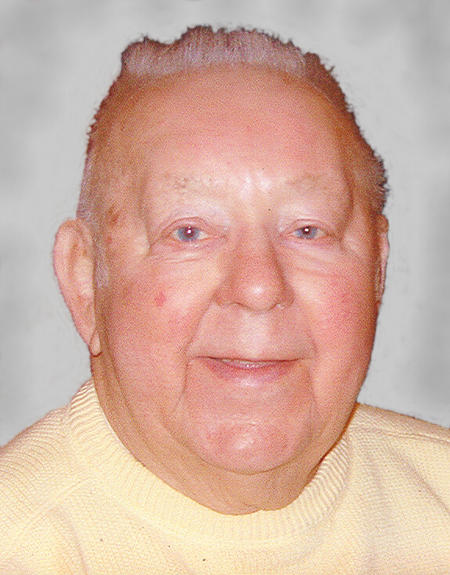 Richard Lingnowski, 84, of Menasha, passed away on Friday, September 24, 2010 at the American Grand Assisted Living, Kaukauna. He was born on November 12, 1925 in Menasha, the son of the late Victor and Josephine (Sokolowski) Lingnowski. Dick graduated from Menasha High School, followed by the Merchant Marines Kings Point Academy in Long Island, New York. He served his country in WWII. On March 4, 1946, Dick married Joyce Gambsky at St. Patrick's Catholic Church, Menasha. He was employed at Gambsky Construction Company and retired from Lunda Construction. Dick enjoyed traveling and golfing and most of all, spending time with his family. He was a devoted husband and is now celebrating with Joy.

The funeral liturgy will be held at 5:00 pm on Wednesday, September 29, 2010 at ST. MARY CATHOLIC CHURCH, 528 Second Street, Menasha with Fr. Paul Radetski officiating. Interment will take place at St. Margaret Mary Cemetery, Neenah. A time of visitation will be held at the church on Wednesday from 3:00 pm until the time of mass.

The family would like to thank the staff at American Grand Assisted Living for the loving care they showed Dick and for the support they gave his family.

Daddy, you were the best. You will be in our thoughts and hearts forever.
Love, Rick, Ruby and Holly