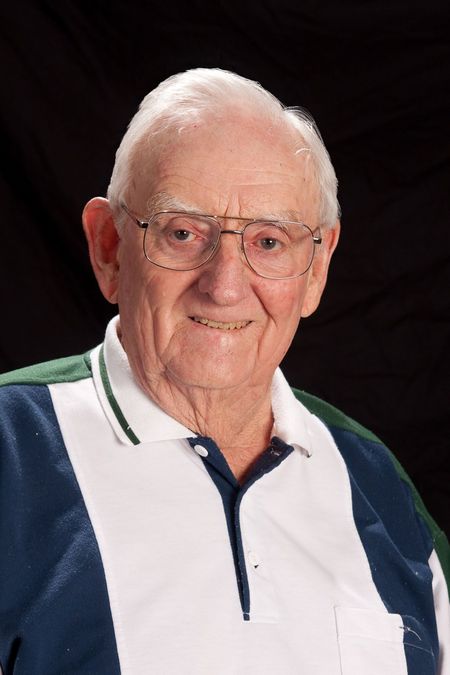 Richard Vanderpool, age 85, passed away surrounded by his loving family on Sunday, April 29, 2012 at the Appleton Medical Center following a brief illness. Dick was born on July 2, 1926 in Milwaukee, son of the late C.A. and Ruth Vanderpool. After Dick graduated from Wauwatosa High School in 1944, he joined the United States Air Force. On August 16, 1947 Dick married Betty Gengler. He was proud to be a mechanical engineer, starting his career at Harris and Associates. He then worked at the John Strange Paper Company eventually retiring from the Metso Company in 1989.

Dick was an avid sports fan who enjoyed cheering for the Packers, Badgers, Brewers and watching Nascar. Dick also enjoyed working on the computer and sharing time with his family. He was also a car enthusiast and a member of the Falcon Club of America. Through the years Dick and Betty traveled through all 50 states with their motor home and were members of the Family Motor Coach Association. In winter, you could find Dick with his wife Betty spending time in Florida where he was a member of the American Legion.

He is survived by his wife of 64 years Betty; their two children: Tom (Carol) Vanderpool of White Bear Lake, Minnesota, and Vickie (John) Resch of Appleton; six grandchildren: Brian (Heather), Keith (April) and Rebecca Vanderpool, Josh (Kate)Resch, Patrick Resch, and Jenn (Brent) Driessen. Dick will be remembered fondly by his seven great grandchildren as well as sister in law Ginny (Bill) Kalivoda. He is also survived by other relatives and friends.

A memorial service for Dick will be held at 1:30 PM on Saturday, May 5, 2012 at St. PIUS X CATHOLIC CHURCH, 500 W. Marquette Street, Appleton with Deacon Rick Simon presiding. Friends may call at the church from 11:30 AM until the time of service.

The family would like to thank the nurses and doctors at the Appleton Medical Center ICU for their loving care, especially Katrina, Linda, Donna, Dr. Turk and Dr. Whiteside.